In a previous two-part blog series (Part 1 and Part 2), we discussed how blockchain technology can improve the healthcare industry.

In this new three-part blog series, we will look at how blockchain-based solutions can add many benefits to the agriculture industry, as blockchain applications are increasingly relevant to a number of traditional industries with its innate advantages of real-time data security, verification, and transparency compared to outdated administrative systems.

The agriculture industry in particular, has many different factors that align with the use cases for blockchain technology such as the needs for efficient food safety and product verification, input management, land registration, subsidy accounting, and more.

What is Blockchain Technology, and What Makes it Unique?

Blockchain technology is a distributed ledger that enables all members to record transactions in a decentralized data log stored on a network of computers rather than a physical ledger or a single database.

Consensus must be reached on all transactions, and everything is encrypted using cryptography.

In simpler terms, consider blockchain to be similar to Google Sheets versus an Excel sheet sent via email.

Both Google Sheets members have real-time access to the data being entered and can independently record/track each entry’s changes.

Blockchain adds another layer to this recordkeeping concept; once an entry is created, it is permanently registered and cannot be unilaterally changed or deleted by any member.

What distinguishes blockchain from other technologies is that the data stored on its networks is transparent and unalterable.

Data is contained in the network as a whole; it is also public to its members or to everyone, and once stored, data cannot be corrupted by modifying any other information on the blockchain.

One of the most plausible blockchain technology applications is in agriculture, which faces numerous difficulties, or opportunities depending on the context.

The following examples are blockchain benefits for farmers regardless of production scale:

1) Food Safety and Verification: Where Does My Food Come From?

Consumers have become highly educated and demanding due to misinformation and lack of trust from food companies.

Food fraud is expected to cost the global food industry between $30 and $40 billion each year.

Food allergies and food-related illnesses are far more prevalent today than they were 25 years ago, and consumers are starting to demand traceability about the food they eat.

Combined with the increasing population in regions like Asia, large food chains will be forced to adopt blockchain technology to ensure food transparency, traceability, and quality.

Farmers that begin exploring blockchain implementation to their businesses will be ahead regarding food safety and will gain significant market share for being prepared while their competitors are not.

2) Agriculture Inputs: Are the inputs genuine?

Farmers frequently have no idea if the inputs they purchase are genuine.

Local retailers are marketing counterfeit goods to farmers to boost their profit margins.

At times, even retailers are unsure of the authenticity of the items supplied to them.

This issue will be resolved with blockchain technology, which will increase the traceability of each product sold, from manufacturer to end consumer.

Retailers and farmers can check the blockchain barcode on each product with their smartphone to learn about the product’s authenticity and origin.

3) Land title registration: Is the land I’m purchasing or leasing free of litigation?

Land registration for the selling and purchase of land is a lengthy procedure that is prone to fraud.

Since the data recorded on the blockchain can be made publicly accessible, it improves the efficiency and accessibility of all land recording types.

Blockchain solutions to provide this data can result in significant cost savings for the government, as recordkeeping is a labor-intensive and expensive operation.

Contracting for land leasing can be made more accessible by smart contracting between corporate farming firms and farmers. Cardano, for example, is a green open-source blockchain platform that was created to provide a scalable, sustainable, and interoperability blockchain with smart contracts.

4) Subsidy distribution: Does the profit reach the farmer?

Throughout the world, the agricultural sector is heavily reliant on government subsidies.

How much these subsidies eventually reach farmers is a constant source of contention.

However, by using blockchain technology, the distribution and delivery of subsidies will become more transparent, resulting in more focused disbursement of subsidies and plugging holes in the current framework.

Even though establishing this network would be highly complicated due to numerous stakeholders’ involvement, it is no longer impossible.

The implementation of blockchain technology is in its infancy, and as with any emerging technology, blockchain can encounter some roadblocks, most notably with government regulators worldwide.

Blockchain applications’ true purpose is to decentralize and distribute data fairly among stakeholders, and symbolizes democracy in its purest form.

Via EMURGO’s customized Trace Solution, your organization can benefit from all of the services mentioned above, including food safety and product verification, input management, land registration, subsidy accounting, which can all be tailored to your organization’s industry needs to increase business margins. 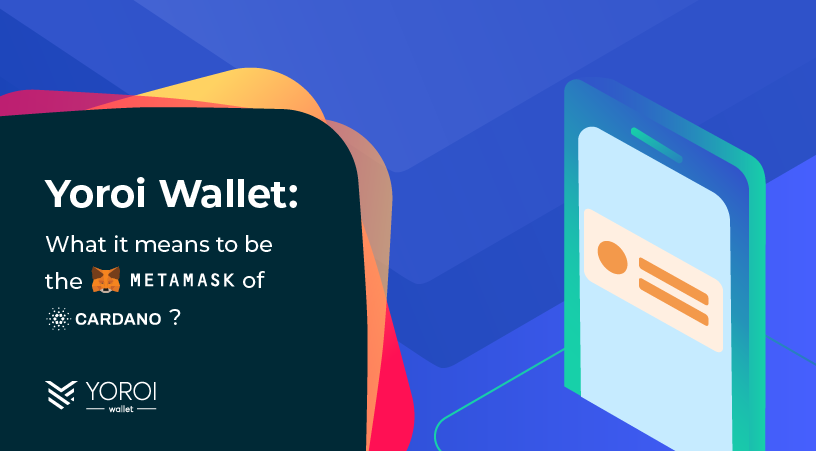 A browser-based crypto light wallet is key for a successful dApp ecosystem. Yoroi Wallet is the essential user wallet for interacting with different tokens in the Cardano ADA blockchain ecosystem. 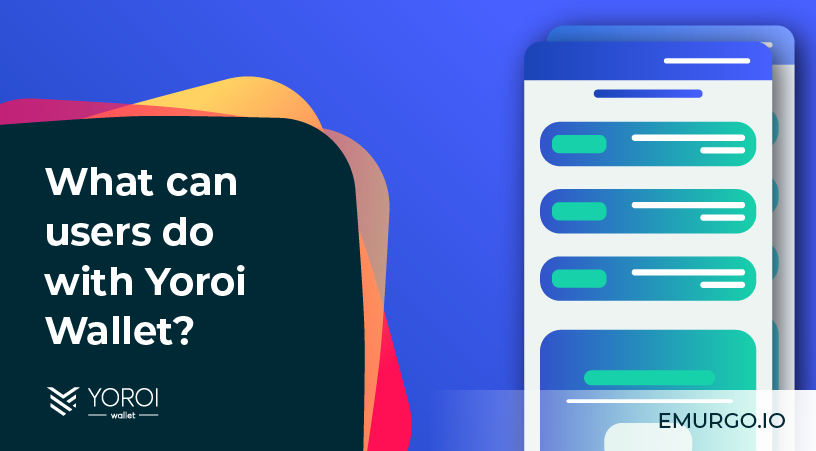 Yoroi Wallet is the premier light crypto wallet for the Cardano ADA and Ergo blockchain with mobile and browser extension versions available. Read more to learn about all of the exciting user features!