Introduction
Over the last few years, the entire cryptocurrency and blockchain ecosystem has blossomed and experienced a tremendous level of creativity unseen since the early dot com days. A steady stream of over 12,000 cryptographic related papers has flowed forth from academia since 1996 with many in recent years. Overall, the interest from the mainstream has steadily grown to reflect the increased interest in the blockchain space and Cardano - the first third-generation blockchain to evolve from a scientific philosophy. One of the curiosities regard the nature of Cardano’s native ADA digital currency or digital asset and how it compares to the traditional banking & currency system. With the current Cardano Incentivized Testnet in progress, development is marching on towards a mature Cardano blockchain ecosystem.

What kind of currency is Cardano ADA?

Cardano ADA is a deflationary digital currency as it has a fixed supply. Cardano ADA is provably secure, smart money that is native to the Cardano blockchain protocol and plays an important role in securing the overall blockchain network in a decentralized way. The expert developers behind Cardano approach ADA in a scientific manner, because the Cardano blockchain protocol itself has evolved out of a research-first approach.

These days, some investors are looking for capital growth beyond traditional assets and Bitcoin. They are looking for digital currency-related benefits such as staking yields, the ability to create their own tokens (i.e., user issued assets), and more. Cardano ADA is a digital currency that promises the ability to meet these demands as it will be able to scale worldwide and interoperate with other blockchains & legacy systems via Ni-Po-Pow. Part of the Cardano ecosystem will involve a Treasury to uphold blockchain sustainability as well.

"The history of the [U.S.] Department of the Treasury began in the turmoil of the American Revolution, when the Continental Congress at Philadelphia deliberated the crucial issue of financing a war of independence against Great Britain." Imagine, that 244 years ago — not even a mere blink of an eye on the cosmic clock — "The [U.S.] Congress had no power to levy [or] collect taxes, nor was there a tangible basis for securing funds from foreign investors or governments."

At the behest of politicians and spending projects, the U.S. Treasury issues fixed interest rate bonds, i.e., glorified IOU's, which are technically called "debt securities," to investors, and banks, who are willing to lend the government money over a period of time in exchange for the interest they will make. That interest is paid to investors through future taxation. As a total, these bonds represent the national debt. Bonds traditionally have relatively low returns as they have been safe, guaranteed investments.

In the Cardano ecosystem, no stakeholder will be able to issue new Cardano ADA digital currency out of thin air unlike the current U.S. monetary system. This means spending will need to be constrained in ways that are significantly effective, and based on real data.

The U.S. Treasury regularly holds bond auctions whereby banks compete to purchase those bonds. Through a process called "open market operations," the banks then sell some of those bonds to the Federal Reserve “The Fed”; of course they profit from those sales as well.

The Federal Reserve pays for those bonds against an account in which no bank deposit actually exists. The Federal Reserve is a private bank; it is not a federal agency. Currency is created out of thin air. The banks use that currency to purchase more bonds at the next auction. The U.S. Treasury then deposits this currency into various branches of the government.

Banks lend out money under different rules, but generally, for every dollar they hold in reserve they can lend out nine dollars; this essentially creates money out of thin air. This fractional reserve lending practice and central banking has succeeded regularly for more than a thousand years. It has succeeded at making sure that only the incredibly wealthy and powerful are able to transfer their wealth across generations after financial collapses, while everyone else has had to start over.

The Fed’s decided interest rate controls banks' prime rate (the rate at which they charge their best customers), adjustable-rate mortgages (ARMs)/loans, interest-only loans, and credit card rates. An ARM is a loan that bases its rate on an index. Interest-only loans are ARMs where the borrower only has to pay the interest rate, often a low "teaser rate," for the first few years.

There is a vast web of legislation, electronic systems, organizations, products, and loopholes that support and enable the current financial system. This also includes 272 central banks, as well as well-known top investment companies, and thousands of others. Of course, there are many more laws, organizations, and systems than can be listed here; the point is to demonstrate the monolithic nature of the current system and give inquisitive researchers new avenues of review.

The fundamental purpose of the Cardano Treasury is to "resolve the funding sustainability issue for long-term cryptocurrency development and maintenance." In Cardano's Treasury “the voting power is proportional to the corresponding stake." Voting does not require identity. The system collects funding via three sources: minting new ADA, fees from staking rewards, and donations. The Cardano Treasury system is defined in depth in a 50-page Treasury System paper titled A Treasury System for Cryptocurrencies: Enabling Better Collaborative Intelligence.

Cardano implements a system called Liquid Democracy. This is a hybrid between representative and direct democracy. ADA stakeholders have the option of voting directly or delegating their votes to domain experts. In the current U.S. monetary system, from a pure voting perspective, there is essentially no incentive for anyone to become a domain expert, aside from lobbyists. In other words, someone with 50 years of incredible domain expertise, whether it is in health care, technology, or any other field, has a vote that counts exactly the same as a teenager who has zero knowledge in that field.

Zhang et al. stated in the Treasury System paper that,

"The core component of a treasury system is a decision-making system that allows members of the community collectively reach some conclusions/decisions. During each treasury period, anyone can submit a proposal for projects to be funded. Due to shortage of available funds, only a few of them can be supported. Therefore, a collaborative decision-making mechanism is required."

The prototype system uses a voting model that has three options: Yes, No, and Abstain. A certain proportion (e.g. 20%) of the treasury fund will be used to reward the voting committee members, voters and experts.

So how will funding be disbursed? Zhang et al. explain that, "the naive approach is to select projects for funding by ranking all submitted proposals according to the number of votes they get and take a number of projects whose total budget does not exceed the treasury budget. However, there exists a risk of underfunding vital areas due to numerous project submissions and inflated discussions on some other areas. We can categorize proposals and allocate a certain amount of treasury funding for each category to independently guarantee funds to every vital area." Categories will likely include: marketing, technology adoption, development and security. organization and management and a general catch-all category.

In the Treasury System paper, two ways to measure agreement within the Cardano protocol are outlined. “Typically, two related measures, Consensus measure (measure of agreement among all participants) and Proximity measure (measure of agreement between individual solutions and collective solution) [24,21] are used to evaluate consensus." Because the Cardano Treasury system is still under development, on a specification level, it remains to be seen whether its functionality will be extended to user-issued assets and sidechains.

One of the goals of collaborative decision-making (community-inclusive participation) is improved community relations, and research evidence shows that an engaged community is better than a passive one. As a result, holders of ADA become willing evaluators of decisions and policies through staking, which results in improved community-wide support for decisions reached.

Cardano’s blockchain protocol and native digital currency ADA represents the next step in terms of decentralization, functionality, and usability. Cardano's network can be secured by verifiable random functions/numbers and stakeholders acting in equilibrium with each other to ensure decentralization. It is specifically designed to be scalable, sustainable and interoperable to be the go-to blockchain platform for mainstream stakeholders. 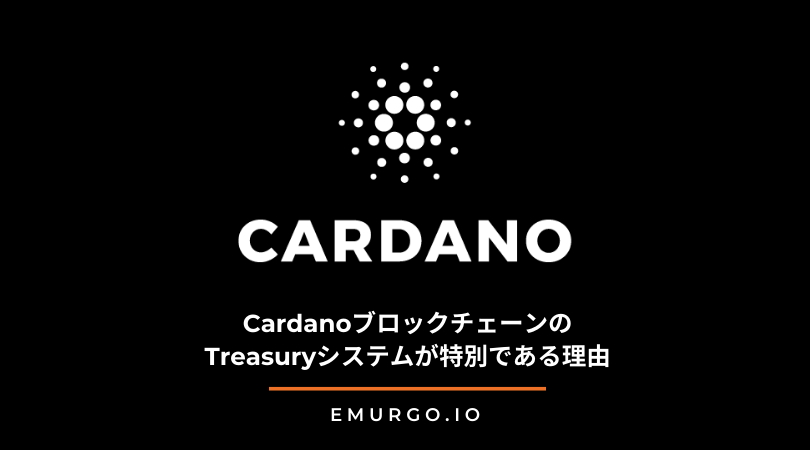 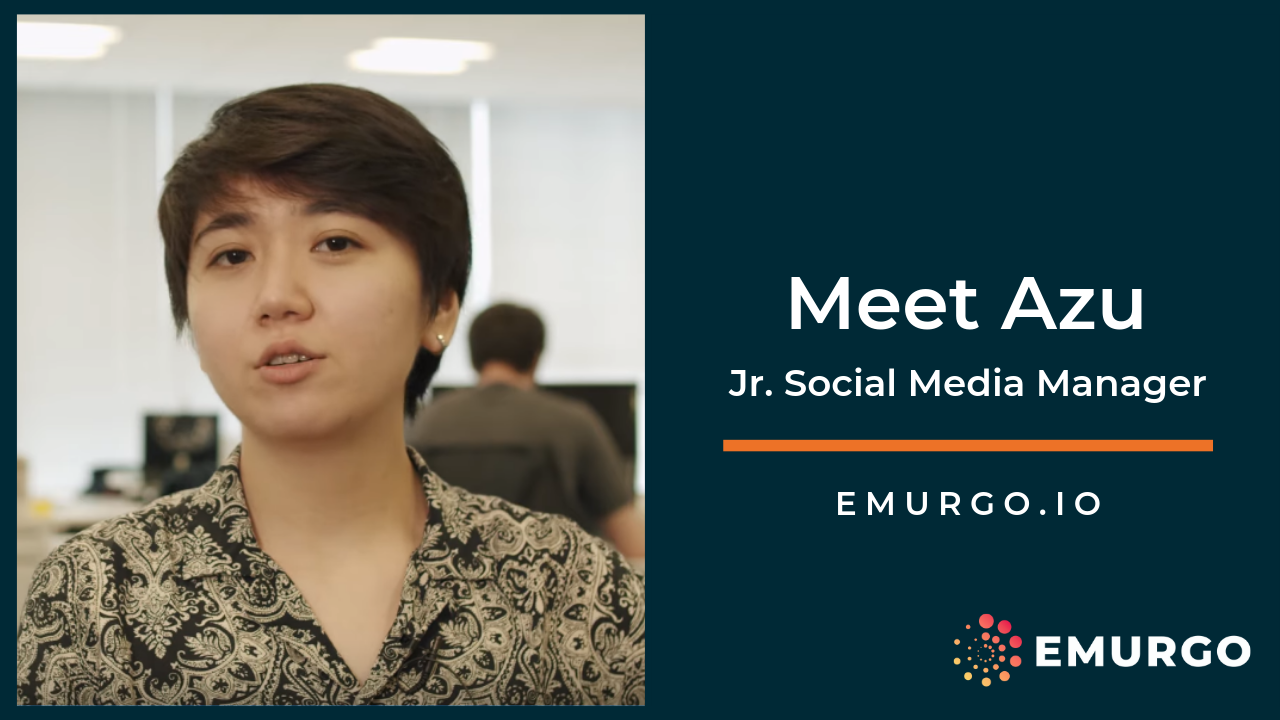