Real-world assets can be represented on the blockchain as digital tokens and then sold as these investment contracts. Real estate, intellectual property, and many other assets can all be represented through tokens on a blockchain. This allows investors the chance to profit from the entrepreneurship and hard work of others. Utility tokens are another type of token issued on a blockchain. Utility tokens represent units of value on a network that are not an investment. Utility tokens are designed to be used, they are not to be sold as investments with the expectation of profit.

Why are STOs Relevant in 2019?
STOs are relevant because of the advantages they bring to sellers, buyers and regulators. People selling security tokens are able to raise money in a fully decentralized, global way, that complies with regulations that have existed for decades. Buyers benefit as they gain access to previously inaccessible asset classes, such as real-estate developments in different countries. Regulators benefit from the clear laws that govern securities. These laws are designed to protect investors from fraudulent investments and hold the project managers accountable.

The Death of ICOs and the Rise of STOs
An Initial Coin Offering (ICO) is an extremely popular way of raising money for projects. However, 80% of ICO projects have been identified as scams. Many of these projects do not comply with existing regulations. STOs have grown in popularity because of the clear regulations that govern securities. As STOs are more regulatory friendly, they have seen a steady increase in popularity throughout 2018.

By contrast, the number of ICOs within 2018 rose and fall in a clear trend throughout 2018.

EMURGO and Y2X
With a focus on driving the adoption of Cardano, EMURGO has made a strategic investment into Y2X, a leading digital merchant bank, as the lead anchor investor. Y2X has a global mandate to help companies raise capital to do some of the most innovative things in the world. This is done primarily through issuing security tokens. Cardano will become the protocol of choice for Y2X and its portfolio firms, to enhance the usage of the technology, especially in the field of regulated STOs, therefore providing an increased value add to ADA holders. Security tokens would help connect entrepreneurs with investors in a transparent, compliant and innovative way. EMURGO’s sophisticated understanding of blockchain technology will help Y2X bring these security tokens to life. EMURGO’s CIO Manmeet Singh took part in a discussion on STOs with Y2X co-founders J. Todd Morley (co-founder of Guggenheim Partners & G2 Investments), Dave Shuler (former Managing Director Paxos), and Y2X adviser Fujiyo Ishiguro (serves in Japanese government advisory roles) recently at Japan Blockchain Conference 2019.

Wrap Up
If you are a business looking to launch a STO or a proper ICO, EMURGO, the official commercial arm of Cardano, is here to help! We are considered a global leader in this space and will provide you with end-to-end consulting. Our mission is to help businesses’ looking to get involved within the blockchain industry and to support projects within the Cardano ecosystem. Navigating the preparation of an ICO or STO can be difficult so get in touch. Our consultants understand country-specific regulations and have years of experience working with PR, community support and produce marketing strategies and assets which provide businesses with the best possible outcome of success when launching an ICO or STO. In fact, our Chief Investment Officer, Manmeet Singh, has given several talks on this topic across the globe. Get in touch with us today! 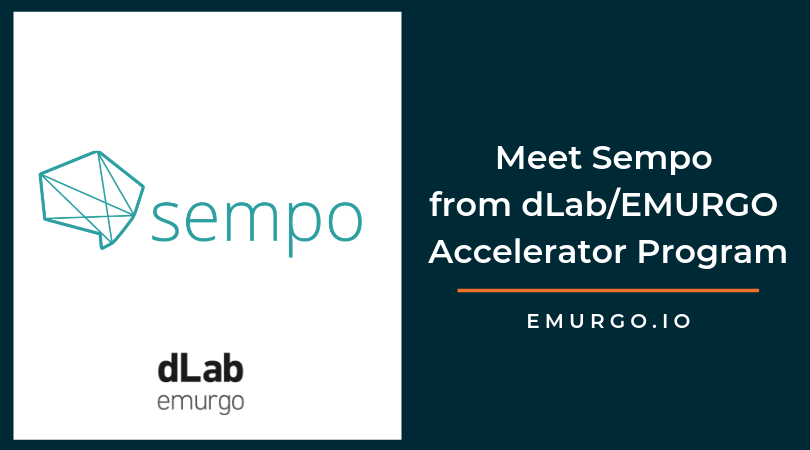 Sempo & Its Founders: Nick Williams and Tristan Cole Sempo is on a mission to get aid to people affected by disasters anywhere in the world as quickly as possible. To do this, 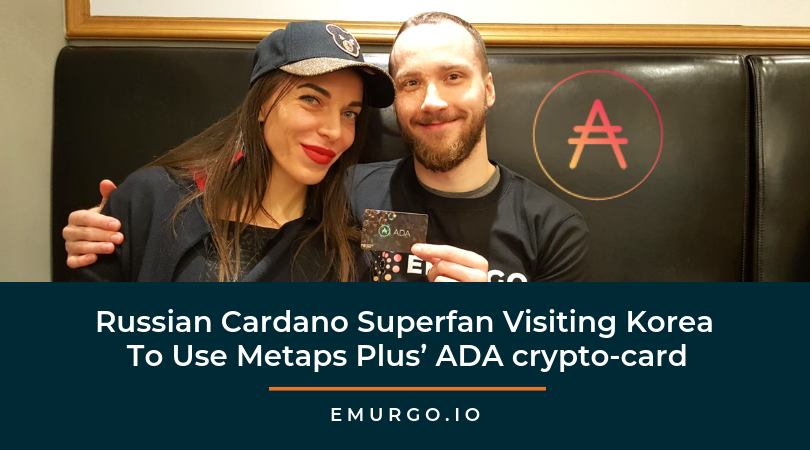 Cardano superfan, Aleksey, came all the way to Seoul, Korea from Russia to get his hands on a Metaps Plus’ ADA crypto card, the world’s first cryptocurrency card based on the ADA

EMURGO Articles
—
Security Token Offerings: An Explanation by Cardano Partner, EMURGO & How EMURGO Is Planning For STOs
Share this