EMURGO drives the adoption of Cardano and adds value to ADA holders by building, investing in, and advising projects or organizations that adopt Cardano’s decentralized blockchain ecosystem. EMURGO builds the Cardano ADA ecosystem one step at a time by developing & upgrading products such as the highly acclaimed Yoroi Wallet version 1.8 and implementing ADA payment at outlets in Japan, among other services. EMURGO has a truly international and decentralized workforce working to meet the needs of our community and build a global Cardano in a diverse range of international markets.

Welcome back to our “Meet the EMURGO Team” series! In this series, we introduce you to members of our talented workforce; take a closer look at who they are, and what they do behind the scenes. Previously, we introduced Mickey from our Marketing team. This week, let’s meet EMURGO Indonesia's CEO - Shunsuke Murasaki.

Murasaki also shares his thoughts in the video below, check it out now!

Here is a short interview with Murasaki.

Murasaki: I got to know Bitcoin back in 2015 as an early investor at first. Gradually, I became interested in the blockchain technology behind it. Afterwards, I got an opportunity to learn more about a newer, third-generation blockchain named Cardano and its unique vision to address scalability, sustainability, and interoperability. After getting the chance to talk with our EMURGO CEO and a couple of other initial team members, I quickly declined other job offers and decided to move to Tokyo and join EMURGO to drive the adoption of Cardano worldwide.

Murasaki: My career background is in overseas marketing & business development for B2B enterprises. My first job was a sales engineer for an industrial enterprise. Then, I was as a product manager for an OEM company, working with a large variety of vendors and engineers in Southeast Asia. I often stayed in Indonesia back then, so the dots naturally got connected when I look back at that time period now.

What’s your role in EMURGO and can you tell me about your biggest achievement?

Murasaki: My initial role at EMURGO was to help lead the company with our CEO Ken Kodama and initial team members at the early start of EMURGO. Over the past two years, EMURGO has quickly evolved to build a global team of skilled individuals in every division such as R&D led by our CTO Nicolas Arqueros, Global Marketing led by our CMO Florian Bohnert, and Consulting/Advisory led by CBO Yosuke Yoshida. Back when the company was just formed, we lacked a pool of international talents and our working operations were not as efficient as these days. EMURGO brought on sharp and focused leaders to set the foundation for a strong rebrand.

Nowadays, I focus more on EMURGO’s business development and brand awareness in the Southeast Asian region by having meetings with local stakeholders, attending & speaking at local conferences, and working with our awesome local staff.

One of my biggest achievements to date has been the launch of the Metaps ADA Crypto Card! As most of the tuned-in community knows that Cardano technological developments take some time due to its careful, academic nature, the ADA Crypto Card initiative was something that EMURGO could implement to successfully reward our Cardano community, and enable ADA to be utilized in more than 30,000 offline merchants in Korea.

What are your thoughts on the potential for blockchain technology

Murasaki: I simply think that the potential is enormous because it’s a foundational technology that can be applied to a number of existing and potential industries. As we see everyday, a number of Fortune 500 companies are either experimenting with blockchain-based PoCs or are actually building some solutions using the technology. So I think more and more blockchain adoption will be coming in the near future. On the other hand, I think the industry needs to be more mature in terms of security and regulatory clarity in order to be mainstream-adopted like the internet. This is why I love Cardano, it is being carefully built with the aim for eventual mass adoption by industries and others.

What do you like most about working at EMURGO?

Murasaki: I like working at EMURGO because everyone is motivated and professional. This industry is new, so there is not much precedent to use as reference. So, we need to have a progressive and can-do mentality to drive us. This is why we adopt “Be bold” as one of our core values.

Murasaki: Although everyone is extremely focused on their tasks and projects at work, we have a friendly working environment as far as the office atmosphere goes. We have regular team gatherings, where we have food and drinks while playing games and have a lot of fun. Personally, I think the best thing is that we have a variety of nationalities in the company, and can thereby try all sorts of good international food. I’ve had a couple of Indian food parties with Shin, our developer, and his Biryani is totally next level.

Murasaki: I was actually involved in the discussion when we developed our company’s core values. Again, this industry is new, so there is not much precedent that we can refer to. So, we decided to really emphasize the value of determination. Also, this industry changes and evolves rapidly. Someone once told me that a week in this early industry is a month in another industry. Thus, we need to be very flexible and adaptive and need to educate ourselves so that we can keep up with rapid developments.

Murasaki: Working at EMURGO is very fun and rewarding if you like to work on new challenges and want to enhance your experiences and knowledge even further. If you are bold, adaptive, & hungry, and also believe in the potential for a blockchain technology-based ecosystem, our team would be more than happy to discuss things with you.

Yes: EMURGO team members are dedicated to building a global Cardano together with the community one step at a time. We believe that the stronger the team we build, the stronger EMURGO and Cardano will be! We always welcome new talents to join us! Meanwhile, if you are committed to driving the adoption of Cardano for businesses and organizations and adding value to ADA holders, please reach out to us on social media or email us now. 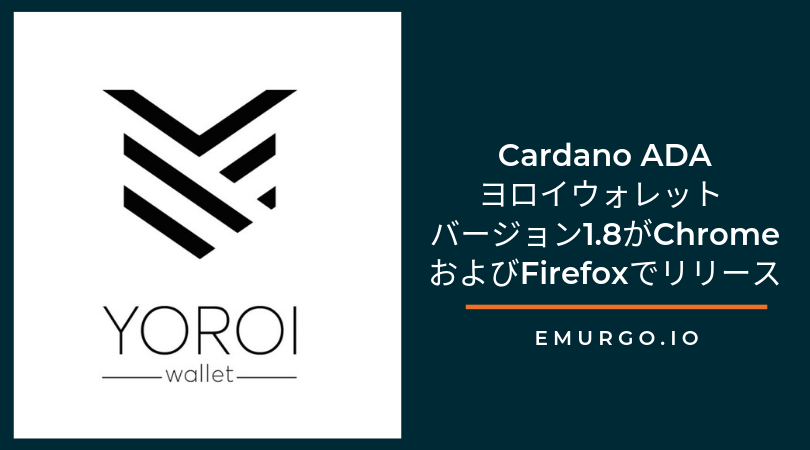 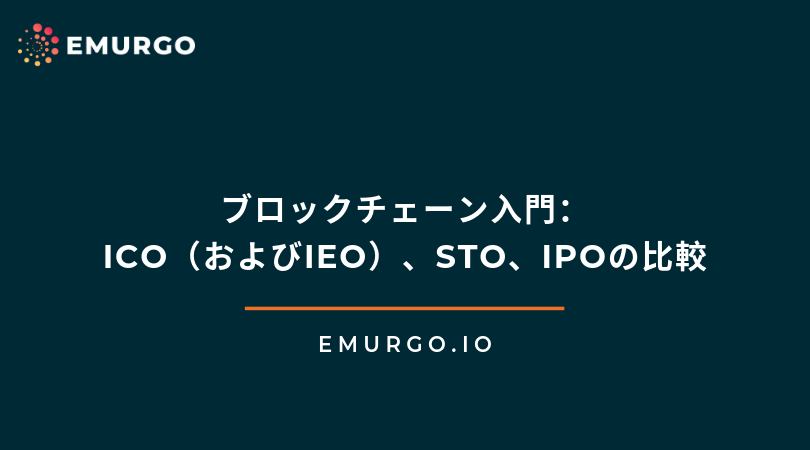