As the official commercial arm of Cardano, the first third-generation blockchain to evolve through a research-driven approach, EMURGO strives to drive Cardano adoption & raise brand awareness of the Cardano ecosystem. To this end, EMURGO also works hard to bring more real use cases for ADA to the lives of everyday users. With open products such as our in-house developed Yoroi Wallet, Seiza Cardano Blockchain Explorer, and Tangata Manu, EMURGO is gradually releasing useful products to bring more stakeholders into adopting Cardano and to deliver the tools necessary for developers to bring their own talented skills into the Cardano ecosystem.

This event marked another one of EMURGO’s efforts to increase the number of merchants accepting Cardano ADA payments, in order to increase recognition and awareness among the general public about the useful utility of Cardano ADA. Previously, EMURGO had also partnered with South Korean fintech company Metaps Plus to release an ADA Crypto Card that could be used at 30,000+ merchants across South Korea.

In this post, we will introduce another merchant that has already begun accepting Cardano ADA payments, thanks to the assistance of one of our loyal Cardano community members, Miyatake.

Note: The first part of this series can be found at the following link.

＊ToStart (Coworking space): We want to be at the forefront of the cashless payment revolution!

The wave of cashless payments is gradually spreading even in Japan, and we wanted to be quick to adapt to the changing times! In addition to accepting the Cardano ADA cryptocurrency, ToStart also accepts digital payments through smartphone-based PayPay.

EMURGO is looking for more merchants interested in introducing Cardano ADA payments to their consumers.

As consumers are increasingly on top of modern trends and businesses go digital, implementing ADA payments present a wonderful opportunity to reach a consumer segment interested in blockchain-based technologies like Cardano ADA. Already a top blockchain protocol with a free, safe, & secure Yoroi ADA Wallet available for users, Cardano ADA has a global following and is listed on many quality exchanges.

In order for the future of blockchain to become reality, blockchain technology will need to permeate into the daily lives of mainstream users through campaigns that raise awareness such as the implementation of ADA payments. Since the ADA cryptocurrency is the most familiar aspect of the Cardano project for everyday users, EMURGO seeks to increase the number of merchants and storefronts accepting Cardano ADA payments through our in-house developed Yoroi Wallet in order to bring it more into the mainstream.

Yoroi Wallet is currently free to download for iOS, Android, Chrome, & Firefox users as it is built to be your “financial gateway to the future.” So, please go ahead, download it for free, and even accept ADA payments at your retail stores!

It is also our hope that the locations accepting Cardano ADA in various communities will become regular hangouts for local members of the Cardano community.

If you are interested in accepting Cardano ADA payments at your business, please feel free to contact us through the following form.
https://emurgopr.typeform.com/to/HBSd79

＊About ToStart
ToStart is the first coworking space where you can experience a new working style in Sasebo City. In recent years, coworking spaces have been gaining in popularity as a new kind of shared office environment. These spaces are catching on worldwide, with 1300 new locations appearing every month, including 200 just within Japan. We offer an open and friendly atmosphere, where you can find many people having meetings, reading, quietly working at their computer, studying, and so on. The office has “administrators” who are in charge of the important task of keeping the environment comfortable. In addition, regardless of your membership plan, all members can register on a members-only mailing list and get discounted access to seminars and events held in the office space. Members also have access to conference tables. Members on a full monthly plan get access to a post box and private locker. The space is provided with the fastest internet connection in Sasebo City, and of course all members get unlimited free mineral water to drink, along with coffee and tea. 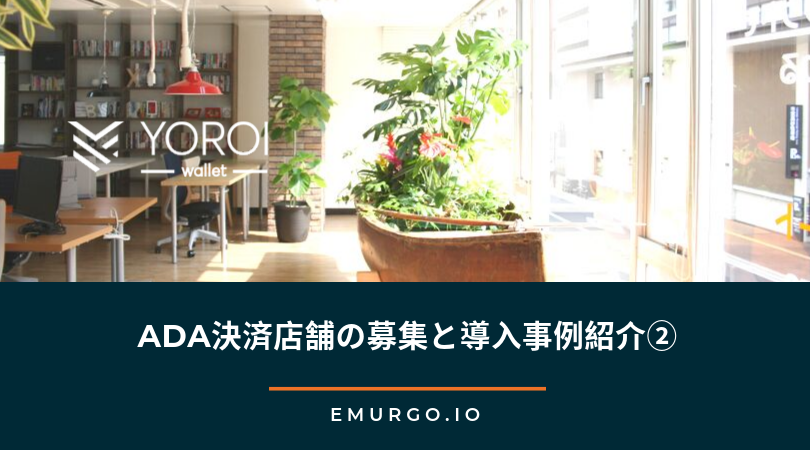 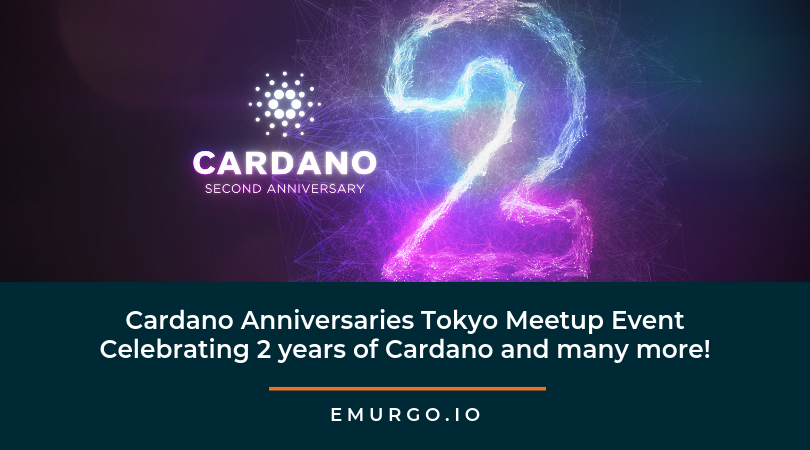 EMURGO, the official commercial arm of Cardano - the first third-generation blockchain to evolve out of a research-driven approach - is committed to driving the adoption of Cardano as the blockchain protocol of