Physically storing assets in a secure way has been done for thousands of years and has been a lucrative business for enterprises specializing in custodial services. In modern times we may use vaults, safes and hiding places to store our valuable physical assets. Hardware wallets are the physical equivalent to these methods of security for cryptocurrency assets. They allow any ADA holder to take something digital (the coins that exist on the Cardano blockchain) and pair them with a physical item that is secure and protected, giving precious peace of mind to the holder. Crypto hardware wallets are flexible, easy to use and simple and thus, very popular with users. They are a great way for ADA holders to send and store ADA. But what exactly is a crypto hardware wallet, and what are their benefits relative to other forms of storage? In this post, we’ll look at how hardware wallets benefit holders of cryptocurrencies like Cardano ADA.

Why Are Hardware Wallets Important?

Hardware wallets are important because they keep your precious digital funds secure. Hardware wallets are secure because the private key you own never leaves the device and gives the user full control over the private key. A private key is like a digital signature for signing a transaction. This is in contrast to wallets where the private keys are stored online, often with third parties such as exchanges. There have been examples of users losing cryptocurrency digital funds where assets were stored on websites that claimed to offer cryptocurrency custodial services. On these platforms, large numbers of private keys for users’ assets fell into the hands of third parties. In this type of scenario, a cryptocurrency user is essentially trusting an unknown or known third party to safely store their funds. However, by using a hardware wallet, you are in complete ownership of your own private keys and funds.

A hardware wallet doesn’t actually hold Cardano’s native cryptocurrency, ADA. The ADA cryptocurrency always remains on the Cardano blockchain. It cannot be anywhere other than the blockchain, easily tracked through blockchain explorers like the EMURGO-developed Seiza Cardano Blockchain Explorer.

Your public key can be seen as like a public email address, a public address for people to send messages to you, and your private key is like the password to your public address which should grant access only to you.

This hardware wallet only contains a screen, two buttons, and gives users the ability to sign transactions with their private key. This keeps the process extremely simple and secure.

This EMURGO tutorial walks you through how to connect Yoroi Wallet with your Ledger Nano S.

What Happens If You Lose Your Crypto Hardware Wallet?

What happens to your ADA funds if you lose or damage your hardware wallet? As mentioned, no ADA is stored on the wallet itself, only the private key that grants you access to your funds on the blockchain. Recovering funds is simply a matter of recovering your private key. This is done by entering a combination of words (recovery password/sheet) that are presented to you when you first start your device. These words should be kept secret at all times, as they allow you to recover your private key even if you lose your hardware device. Some choose to keep their recovery password/sheet in a physical vault or elsewhere to make sure it is accessible only by themselves.

In conclusion, a hardware wallet is a valuable investment for peace of mind and security. For Cardano, the first, third-generation blockchain to emerge from a scientific, peer-reviewed philosophy, the ADA cryptocurrency is fully compatible with Ledger Nano S hardware wallet through our EMURGO-developed Yoroi Wallet. ADA holders can enjoy full ownership of their private key through combining Yoroi Wallet with Ledger Nano S, ensuring that funds remain safe and secure. 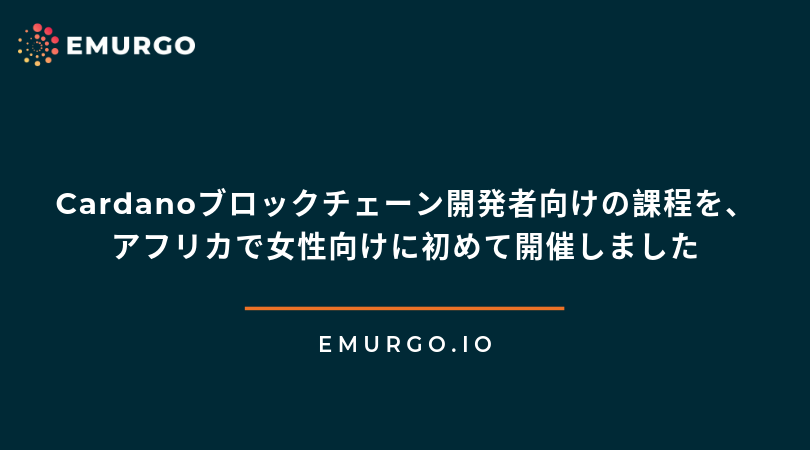 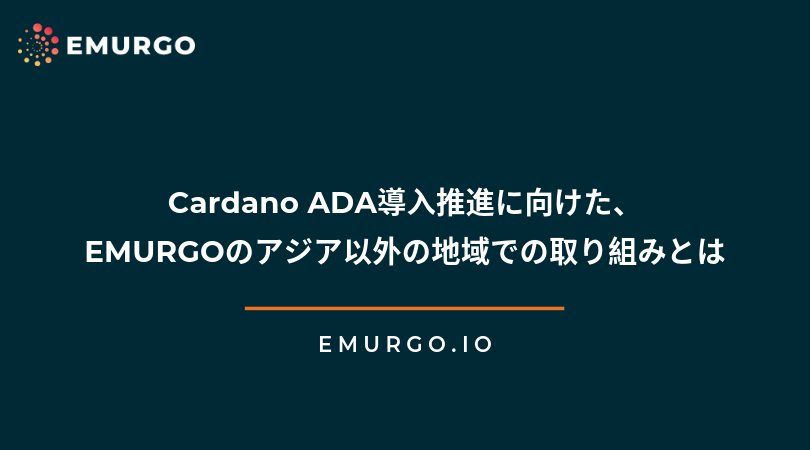 EMURGO Articles
—
A Simple Explanation of Hardware Wallets, How They Work with Yoroi, and Why They Are Important to Keep My ADA Safe
Share this