TOKYO, Feb. 21, 2019 / EMURGO – EMURGO, the official commercial and venture arm of Cardano, a third generation blockchain, has formally announced its entry into the Indian market with the establishment of EMURGO Academy (EMURGO Learning Solutions Private Limited). Along with local support from Indian government officials and enterprises, EMURGO Academy will train developers and create blockchain experts to expand the usage of blockchain technology. This strategic business expansion aligns with EMURGO’s philosophy and mission to drive the adoption of the Cardano blockchain ecosystem.

Blockchain technology along with big data, artificial intelligence, and Internet of Things (IoT) are expected to play central roles in the upcoming years across vast industries. The Indian government has spotlighted the potential applicability of blockchain technology to several use cases such as land registry, education and health records, and supply chain management. [1]

However, the limited supply of qualified blockchain developers worldwide has been unable to keep up with increasing demand by big and small enterprises for blockchain development due to a lack of proper educational courses.

With more than 1,000 initial coin offerings (ICOs) having launched in 2018 alone at a cumulative raised value of more than $7.8 billion, blockchain projects have an intense need to recruit top blockchain talent. In addition, several major Fortune 500 corporations such as IBM and JP Morgan Chase have either started or will start in-house PoC (proof of concept) or pilot programs experimenting with implementing blockchain technology in their own business verticals.

In the case of India, the IT market is one of the biggest in the country with a current market size of $160 billion and projected to more than double to $350 billion by 2025. [3] The Indian IT industry employs 4 million workers with nearly half comprised of software developers. Yet, of the 2 million software developers in India, only 5,000 or a quarter of one percent (0.25%) possess the necessary blockchain development skills.

To meet this ever-increasing demand in the Indian and overall worldwide marketplace for blockchain developers and experts, EMURGO Academy will foster an online and offline community through the creation and delivery of curriculums for developers, where aspiring developers can learn to build on top of Cardano. EMURGO Education & Academy will provide a platform to connect developers and companies, enabling more opportunities for both parties.

Manmeet Singh, EMURGO Chief Investment Officer, said “At EMURGO, we deeply believe the the future of many leading industries will be profoundly impacted by blockchain technologies. This in turn will very quickly create a massive demand for blockchain engineers which we are committed to training. Without properly skilled talent, no technology can gain global adoption and prevalence. It's all about jobs, jobs and more jobs."

Dr. K R Venugopal, Vice Chancellor, Bangalore University said, “I am delighted with the launch of EMURGO Academy in the city and that will provide a platform to connect developers and organizations, enabling them learn the technology and implement it in their own business verticals. This will definitely open up better and newer opportunities for job aspirants in this field.”

E Venkatesan, Chief Executive Officer, EMURGO Academy, said, “We are sure that at least 2,500 graduates of EMURGO Academy’s blockchain courses will go on to be hired in the first year by some of the country’s largest and most innovative organizations, thus serving to meet the gap in demand for quality blockchain developers.”

EMURGO’s vision is that blockchain is becoming a vital social infrastructure, much like the Internet, and enables a more connected and equitable world. Our vision is to empower all organizations and developers to build global solutions embracing blockchain technology towards a better future. At EMURGO, we believe that education is the first step towards fulfilling that vision.

Moving forward, EMURGO Academy will launch in other strategic regions across the globe to educate aspiring talents to develop on Cardano and drive the adoption of the Cardano blockchain ecosystem.

About EMURGO
EMURGO drives the adoption of Cardano and adds value to ADA holders by building, investing in, and advising projects or organizations that adopt Cardano’s decentralized blockchain ecosystem. EMURGO leverages its expertise in blockchain R&D as well as its global network of related blockchain and industry partners to support ventures globally. EMURGO is the official commercial and venture arm of the Cardano project, registered in Tokyo, Japan since June 2017 and in Singapore since May 2018. EMURGO is uniquely affiliated and works closely with IOHK to grow Cardano’s ecosystem globally and promote the adoption of the Cardano blockchain. Learn more about the project at this the EMURGO website. 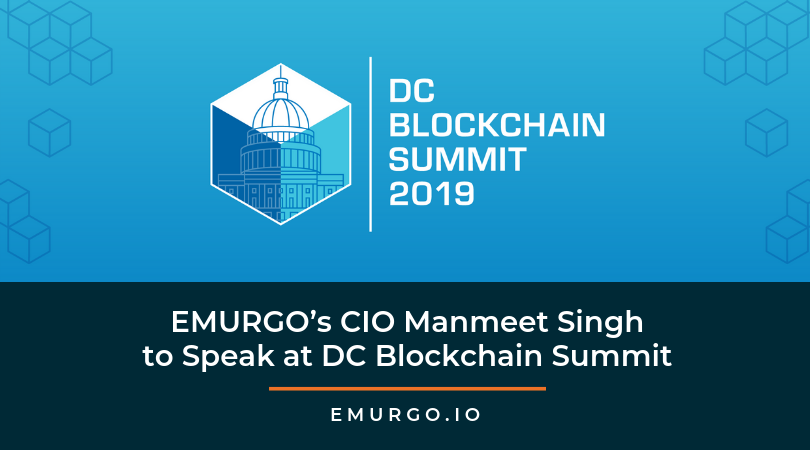 EMURGO’s Chief Investment Officer, Manmeet Singh, will be a speaker at the upcoming DC Blockchain Summit in Washington, D.C., along with other highly influential figures from the industry. Manmeet will speak 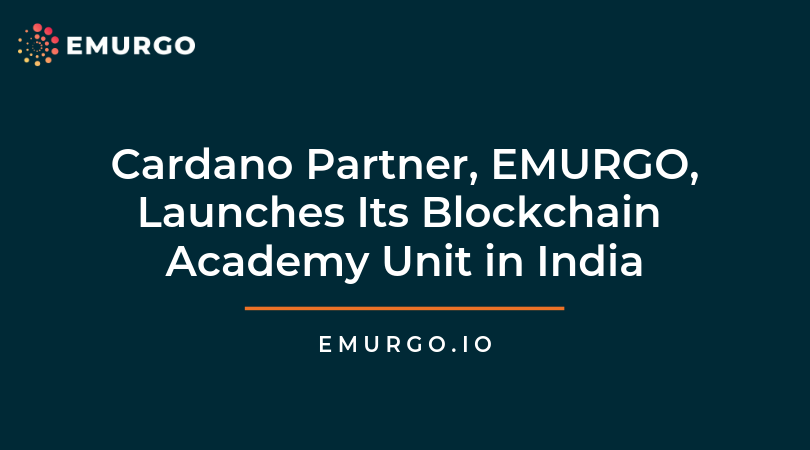