SINGAPORE July 1, 2019 / EMURGO – EMURGO, the official commercial arm of Cardano, announces today its membership in the Chamber of Digital Commerce - the world’s leading trade association representing the digital asset and blockchain industry - as part of its influential Executive Committee. The Chamber is comprised of leading multinational corporations, enterprises and startups in the blockchain and financial industries to promote the adoption of blockchain-based solutions and digital assets. This aligns with EMURGO’s strategic objective to support the cultivation of a genuine blockchain ecosystem thereby promoting the drive of Cardano adoption to potential stakeholders and bringing value to ADA holders.

The Chamber serves as a trusted resource to regulators & policymakers internationally in an effort to shape pro-growth blockchain-related policies. EMURGO, as an Executive Committee member of the Chamber, will be a part of this discussion via participation in the Chamber’s expert working groups and policy initiatives.

“EMURGO is proud to be part of the Chamber which brings together the best minds in blockchain and finance to advocate for real blockchain adoption at the government and large enterprise levels by creating industry standards for best practices regarding the implementation of blockchain-based solutions,” said Manmeet Singh, CFO & CIO of EMURGO.

The blockchain industry is forecasted to generate an annual business value of over $3 trillion by 2030 with up to 20% of global economic infrastructure utilizing blockchain-based solutions by then, according to fellow Executive Committee member PwC. [1]

To bring forth the adoption of Cardano and blockchain as a whole, trust must be built between players in a blockchain ecosystem to facilitate interoperability and adopt suitable standards that stakeholders can uphold. EMURGO’s entry into the Chamber is intended to address these issues by directly engaging with regulators to help form effective blockchain-related policies, build resources, and highlight the values of the Cardano protocol.

EMURGO drives the adoption of Cardano and adds value to ADA holders by building, investing in, and advising projects or organizations that adopt Cardano’s decentralized blockchain ecosystem. EMURGO is the official commercial arm of the Cardano project, registered in Tokyo, Japan since June 2017 and in Singapore since May 2018. EMURGO is uniquely affiliated and works closely with IOHK to grow Cardano’s ecosystem globally and promote the adoption of the Cardano blockchain. Learn more about the project at https://emurgo.io

About the Chamber of Digital Commerce

Headquartered in Washington, DC, the Chamber of Digital Commerce is the world’s first and largest trade association representing the digital asset and blockchain industry. For more information, please visit: DigitalChamber.org, and follow us @DigitalChamber.

For further information from the Chamber of Digital Commerce
Marie Knowles
Director of Marketing
+1 202-656-8037
marie@digitalchamber.org 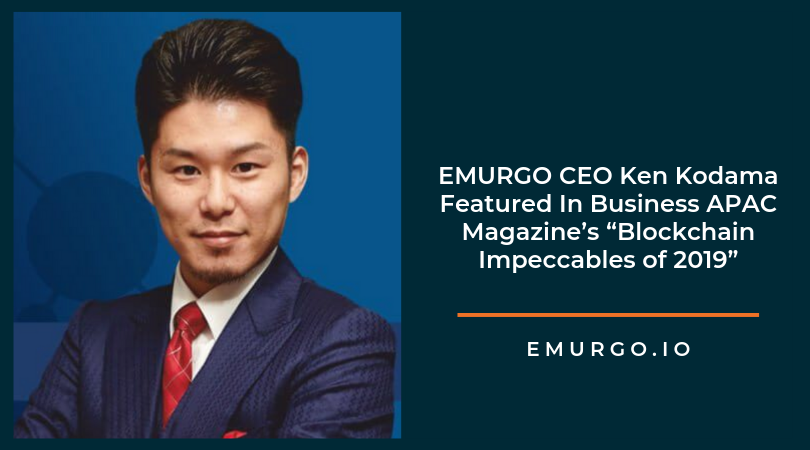 Ken Kodama, CEO of EMURGO - the official commercial arm of Cardano - was recently featured in Business APAC magazine, as a “blockchain impeccable” and one of the most prominent figures in the 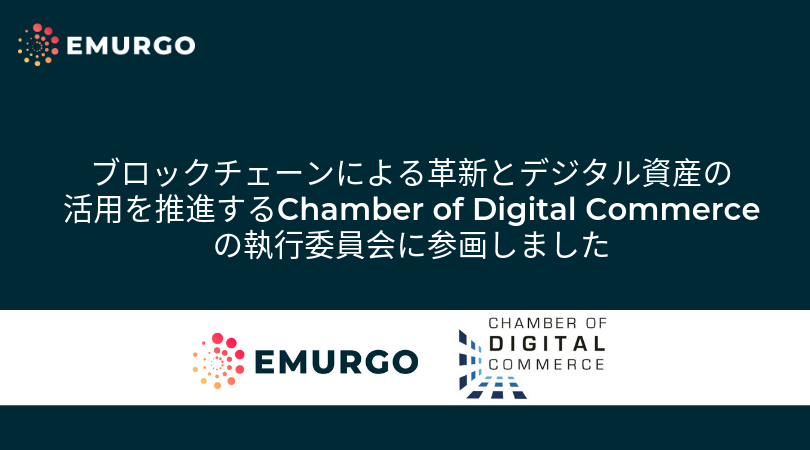