Official Cardano ADA Partner and commercial arm EMURGO, announced the upcoming release of Seiza, an EMURGO-developed Cardano blockchain explorer that will include more features than any other blockchain explorer at the recently concluded IOHK Summit on April 18, 2019.

EMURGO CTO Nicolás Arquero and R&D Engineering Lead Sebastien Guillemot were on stage to deliver this exclusive news to the audience and worldwide Cardano community.

Seiza is slated to be released before the end of May 2019. The name Seiza is derived from the Japanese word for “constellation”, as it reflects EMURGO’s Japanese heritage and objective for it to be an all-encompassing blockchain navigation guide for users. This strategic development aligns with EMURGO’s initiative to drive the adoption of Cardano - the first third generation blockchain to evolve out of a research-first driven approach, and bring value to ADA holders.

“I am excited to see that EMURGO has developed such a useful and innovative product for the Cardano community. The ability to have transparency is a vital function for the Cardano blockchain protocol and Seiza delivers this in an amazing way for users,” said Charles Hoskinson, CEO of IOHK.

“EMURGO is fully committed to providing valuable utility to the Cardano community. Seiza is an essential user friendly tool that EMURGO was excited to develop to further the advancement of the Cardano ecosystem,” said Nicolas Arqueros, CTO of EMURGO.

What is Seiza? What Can Seiza Do?

As the Internet has several popular browsers to facilitate the search for information, blockchain or block explorers are similar to cryptocurrency search engine web tools in helping users find data about a particular blockchain including blocks, past & pending transactions, and transaction histories of certain wallet addresses, among others. Seiza will enable ADA holders to immediately track any of their transactions on the Cardano blockchain which currently has processed more than 2.4 million validated blocks.

With Cardano employing a more resource-friendly proof of stake (PoS) consensus mechanism, holders of Cardano’s underlying cryptocurrency ADA will soon be able to partake in stake pools due to Cardano’s upcoming transition from the Byron era. In a public blockchain protocol utilizing PoS, staking plays a critical role in securing the network to validate transactions as users staking more ADA will have a greater chance of being selected to create blocks and thereby earn rewards. Stake pools are run by multiple users with the promise of being online all the time and allow users to delegate their stake to a pool. Seiza will give ADA holders access to real time data of these stake pools in addition to other important blockchain data. [1]

・When will smart contracts be implemented?

Cardano’s recent mainnet 1.5 release marked the official transition into the Shelley era. Smart contracts are to be implemented in the near future as part of the Goguen era with the goal being 2019. Charles Hoskinson mentioned during IOHK Summit that development streams of Shelley and Goguen were now quickly colliding and both should be released shortly. As Cardano is focused on delivering a highly efficient platform capable of running a wide variety of financial, logistical, identity, and other everyday apps to support millions of users, precautionary measures are taken to ensure that things run smoothly. Cardano is written with high assurance code and undergoes rigorous testing via formal verification and peer review by the world’s experts in cryptography to offer a scalable, sustainable, and interoperable platform.

・When can I start staking? Can I stake with my Ledger Nano S?

The Yoroi team is developing Yoroi so that users will be able to stake on all currently supported platforms. However, the staking interface will likely be better on desktop. Ledger Nano S also implements the logic for staking. For more information, please visit the official Cardano page on staking here.

・Is there a minimum of ADA I need to stake?

There is no minimum but to reap any significant rewards from staking, it is better to have a substantial amount of ADA as the chances for getting selected to create blocks are greater with the more amount of ADA that is used for staking. For more information, please visit the official Cardano page on staking here.

・How much is the reward for staking?

There isn’t a current set numerical reward for staking. As there are many factors that come into consideration, it is unreasonable to state an exact number. ADA holders are incentivized to procure more ADA to contribute to the overall security of the network by having a greater chance of earning rewards via staking.

・What is the difference with AdaScan?

Seiza will have more features and is developed in-house by Cardano’s official partner, EMURGO. Seiza will be constantly updated with the latest features of the Cardano blockchain with our own team working on it.

This will be announced upon its release in May 2019.

・Isn’t staking centralized because holders with more ADA have a better chance of getting rewarded?

Rewards are split between all those who stake which means staking will allow you to maintain your percentage share of the entire network. This is significantly more fair than proof of work systems where rewards are only handed out to the miner who validates the block..

If you have any other questions, as always please feel free to contact us at https://emurgo.io. This latest Seiza release by EMURGO demonstrates our commitment to provide the Cardano ecosystem with real value and further drive the adoption of Cardano. Don’t forget to follow our social media accounts and sign up to the EMURGO Newsletter to always receive the latest news from EMURGO! 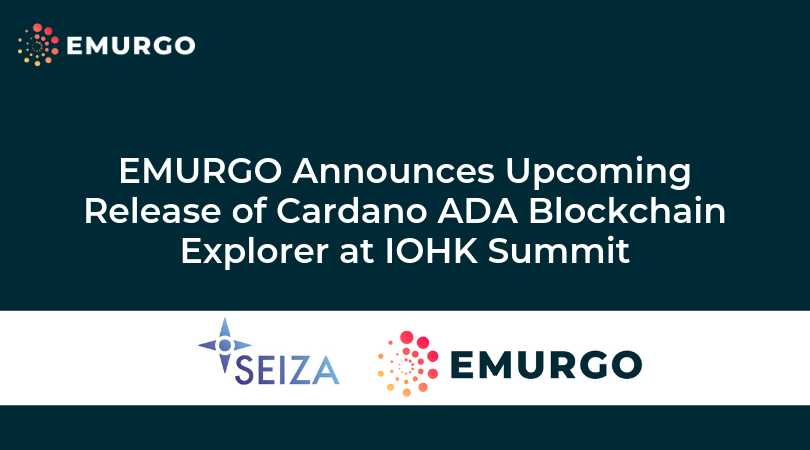 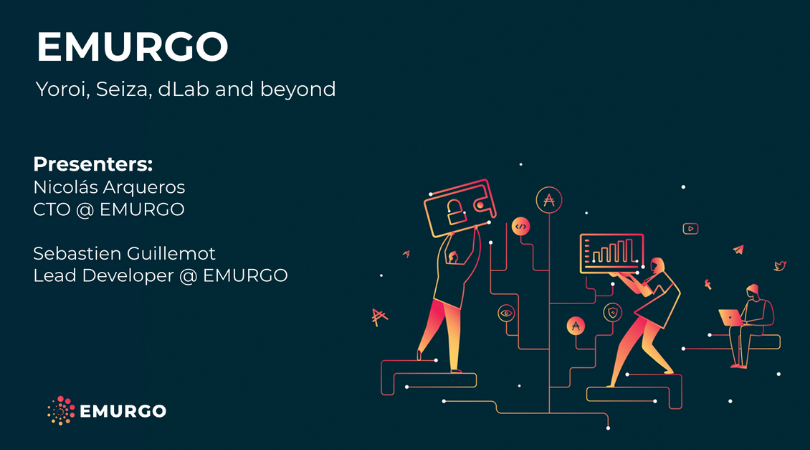