Learn With EMURGO Academy For a Career In Blockchain

Blockchain careers and job opportunities have increased over the past few years as businesses and blockchain-based projects are looking for those with experience in blockchain development and knowledge to transition to a Web3 world of digital currencies, metaverse platforms, decentralized finance, NFTs, and more.

As a founding entity and the official commercial arm of Cardano, EMURGO’s trained professionals offer both theoretical and practical instruction into learning about and developing blockchain applications on Cardano’s environmentally-sustainable blockchain and other popular platforms.

What is composability in blockchain? Why is it important?

One of the most powerful properties of a blockchain is composability.

It’s a new way to create applications, build helpful services, and combine them into new and powerful components that draw strength from each other, creating an entire ecosystem made possible only through blockchain.

It’s one of the secret weapons that can make the Web3 dApps (decentralized applications) ecosystem running on blockchain technology more powerful than anything currently available on the Internet.

Composability is the general possibility that allows the components of a system to be recombined into larger structures and for the output of one component to be the input of another.

Among blockchains, composability is a property of dApps, smart contracts, and DAOs (decentralized autonomous organization) that enable recombining, duplicating, and integration with one another.

This happens at both the project and at code level, as both are able to be recombined into new possibilities.

This level refers to the smart contract itself.

Among blockchains, every smart contract deployed to the main network is public, and can be called by any other smart contract on the network, which means that any software logic only has to be worked out once before it is available for reuse by the entire ecosystem.

In this way, any new project that requires functionalities already created by another project  only needs to call the functions of the smart contract. The logic of it will be validated by the network, and be ready to reuse by the new project. There is no need to ask for permission, since all smart contracts are public and can be accessed by individual users or other projects.

This capability to reuse open-source components, in the form of smart contracts, is what separates blockchain technology from other Internet-based systems.

It fosters innovation on Web3 (decentralized web) as these components can be combined in infinite ways that build on each other instead of merely competing.

New projects can access these huge repositories of already existing smart contracts to create their own services. By drawing from an entire ecosystem, developers can create new products and innovate on the success of the entire space.

As the different smart contracts grow in complexity and number, teams are able to reuse and modify them freely. There is no risk of litigation, or superfluous legal actions, since the entire ecosystem works using open-source standards.

This makes creating in Web3 faster, cheaper, and more innovative than on Web2 (Current Internet age of centralized platforms and services).

Everyone works together to grow the ecosystem inclusively, instead of creating silos of services that exclude others.

Another layer to the concept is atomic composability.

It refers to the idea that all transactions executed under a single layer can be combined and validated in a single transaction. They are very safe to use, as a single failure means the entire operation is rejected, so there are no instances of partial outcomes.

The most famous example is flash loans.

Here borrowing, exchanging, and paying the original amount is done under a single transaction. Since the borrowed amount will be returned no matter the outcome of the operation, these loans can be executed without the need for collateral.

This is one example of how atomic composability creates innovation.

There are many undiscovered uses of this property that will transform the future of the blockchain industry.

Composability to work at both levels requires standards.

Some blockchains have established token standards. In that way, all the different projects on that blockchain are built on top of a shared set of components that can be reused by its ledger.

One example is NFTs.

The CryptoPunks project created their own particular way to ensure each token was unique, and did not share it with the larger development community. The result is that the CryptoPunks have a hard time migrating to other dApps.

Next came CryptoKitties, they also developed an NFT token, but they shared their token design with the community in a different standard to which other projects are now able to create NFTs reusing these templates.

Absent shared standards across a blockchain ecosystem, morphological composability is not possible. For fungible tokens, the native token design is enough, but NFTs are more complicated and require ways to include metadata that are among all projects.

As mentioned above, a lack of standards across a blockchain network can pose challenges.

If an ecosystem lacks shared templates to reuse, composability breaks, as everyone is trying to do things their own way and do not share a common language.

This is an important problem that is best to address early in the project’s history, before it grows too much and becomes difficult to coordinate.

Most blockchains out there are planning to scale using an array of  Layer 2 networks connected to the same network that can be used to address special needs. This solution breaks atomic composability.

Atomic composability relies on all assets being located under one single execution layer. If a token needs to migrate from the main network to a Layer 2 or sidechain, the travel time will stop it from being reused on the other ledger.

All of the changes make token migration slow and completely destroy atomic composability.

Composability in large part is created by the reuse and recycling of smart contract code. This has been great for the industry, but has created some problems.

One classic example is how SushiSwap copied the smart contracts on Uniswap to create their own exchange. As these were open-source, it didn’t represent a breach of intellectual property, but pushed Uniswap to take actions when launching their version 3.

Uniswap V3 still uses an open-source license, but one that protects intellectual property rights. If a project out there copies the smart contract for Uniswap V3, they can legally be brought to court.

If Web3 projects start to register more and more of their smart contracts, it challenges the ability for projects to iterate on each other. The result would be obstacles put in the way of future dApp composability. 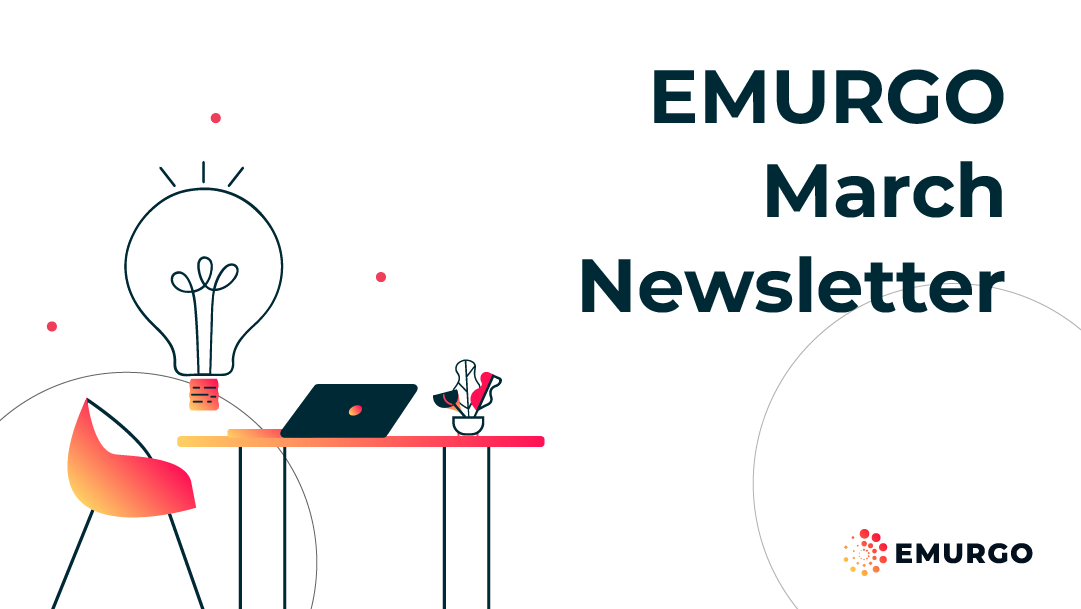 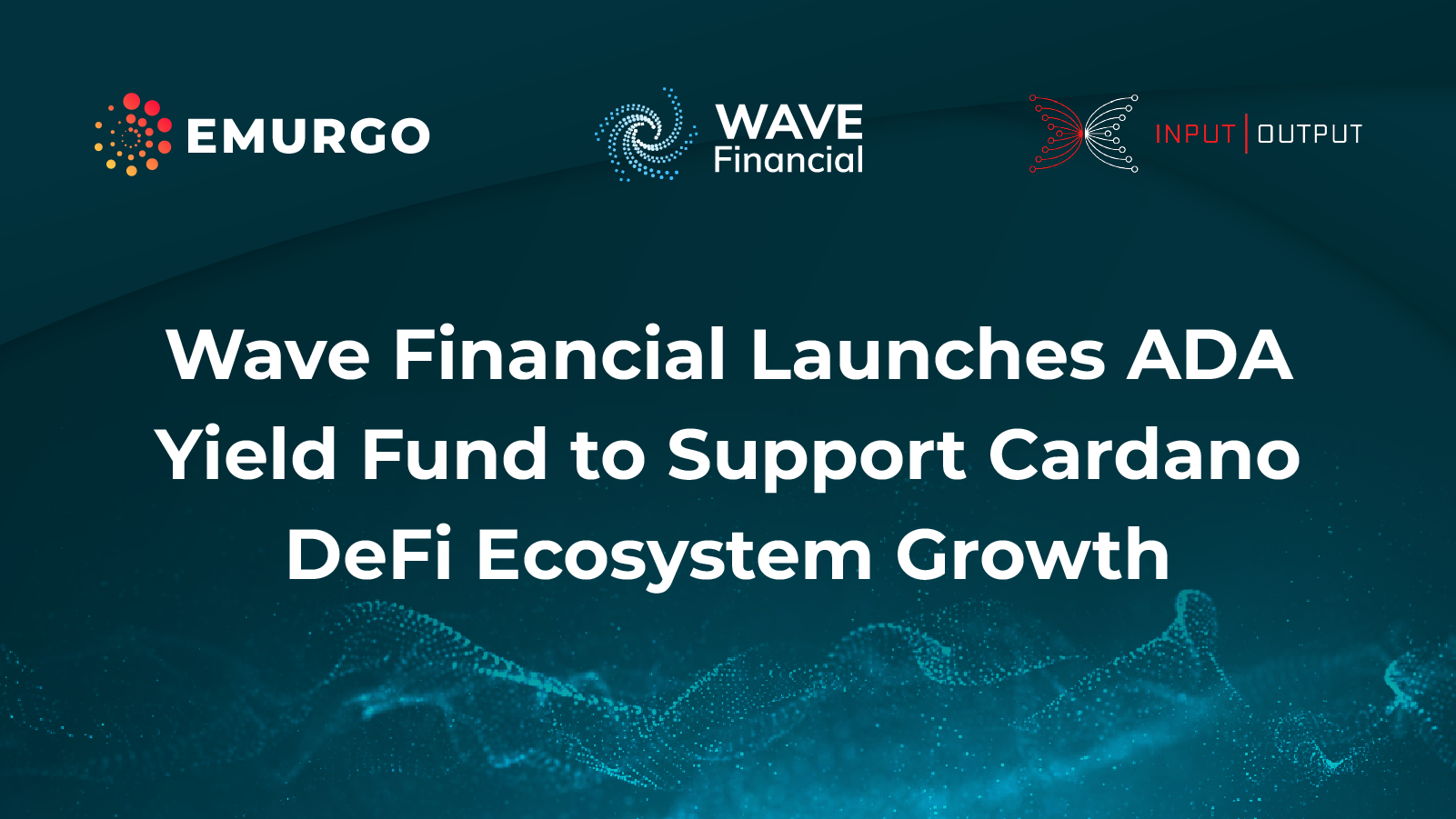 With the support of EMURGO and Input Output, Wave Financial LLC announces the launch of the Wave ADA Yield Fund to support new DeFi platforms launching in the Cardano ecosystem.