Introduction: What is Decentralization?

Decentralization is defined in the Merriam-Webster dictionary as the following:
“the dispersion or distribution of functions and powers”

Within the context of a blockchain, a large aspect of decentralization is the power to maintain and update the distributed ledger in a dispersed way. This dispersion means not needing a central party. For Cardano, the first third-generation blockchain to emerge out of a scientific & peer-reviewed philosophy, decentralization will come with the upcoming release of Shelley. Shelley, the second phase of Cardano’s development, will bring about the full decentralization of Cardano. The first generation of these decentralized blockchains is bitcoin. How exactly will Cardano be different than bitcoin once it achieves decentralization? As we will analyze in this blog post, both ecosystems ensure they remain decentralized in two very different ways.

For bitcoin, it’s helpful to imagine the blockchain as a supermarket with many different checkouts. Imagine that behind the desk of each checkout is a cashier. Each time a cashier scans a full basket of goods that a customer wants to buy, they are rewarded financially. Each item in the basket can be seen as a single transaction that someone makes on the bitcoin blockchain, and a full basket can be seen as a single block. A block is simply the collection of all the different transactions. The miner is the cashier, responsible for validating that each of these transactions is correct. For their effort, they are rewarded in bitcoin and the block is added to the blockchain.

Imagine that in this supermarket there can be hundreds and hundreds of checkouts, each with a cashier. Over time, it becomes less likely that a customer will visit a checkout of an individual cashier. A cashier (miner) might need to wait for years until they get another customer. This happens when the difficulty of Bitcoin mining increases. The more miners there are, the less chance a single individual will have for validating a basket of transactions. As a result, it makes sense for cashiers to combine their checkouts. Rather than a large number of small checkouts, they could create a few, very wide checkouts. Each miner could help out at these very large checkouts each time a basket of goods (transactions) is presented. As a result, each of the cashiers (miners) at the checkout receive a proportion of the total rewards. These collections of cashiers and wide checkouts are known as mining pools.

Within the bitcoin “supermarket,” four of these mining pools are responsible for over 50% of the work that goes into keeping the bitcoin ledger maintained and updated. As we can see below, the power of keeping bitcoin alive doesn’t rely on a single entity. The power is dispersed among a number of different pools, meaning bitcoin stays decentralized. This meets the definition that we set out at the very beginning of the blog post.

How a Decentralized Cardano Will Be More Efficient Than Bitcoin

Cardano will achieve decentralization in a very different way compared to bitcoin, but there will be some similarities.  Taking from the supermarket example above, the checkouts used in Cardano to add baskets (blocks) of transactions to the Cardano blockchain will be managed by community members. These checkouts will require community members to set up servers and process transactions. The checkout managers will be rewarded for taking the time and effort for setting these up. However, many people who hold ADA will have no interest in operating their own checkout. Normal ADA holders will be able to delegate their coins to these checkout managers, and will be rewarded for taking part in validating baskets of transactions. As in the case of bitcoin, these checkouts are referred to as “pools.” However, as ADA holders are allocating their “stake” in the system, they are known as “stake pools.”

As more and more community members delegate their ADA to certain checkouts (stake pools), the size of these stake pools increase. This was seen in the example of bitcoin above, where four pools process the majority of the blocks. However, this is where Cardano and bitcoin differ greatly. Once a checkout (stake pool) reaches a limit in its size, the rewards for being part of the checkout become fixed. This is known as a saturation point. Stake pools that are below the saturation point can enjoy higher rewards than the larger, saturated pools.

Cardano is designed in this way to ensure that instead of a few, very wide checkouts processing the majority of the baskets of transactions for the blockchain, there will be a large number of smaller checkouts processing baskets of transactions. The advantages of this design is significant. The dispersion of power necessary for keeping a decentralized ecosystem alive will be far greater in Cardano than in bitcoin. Furthermore, large ADA holders cannot command total control of the network, as smaller stakeholders can join together and form stake pools in a permissionless way.

As decentralization is Cardano’s aim, it makes sense for the number of stake pools to be as high as possible. Cardano will be able to operate effectively with as many as 1,000 operating pools. This greatly outstrips the total number of pools processing the majority of transactions on the bitcoin blockchain. Through Cardano, a stake pool can still be profitable with as little as 0.1% of the total network.

At EMURGO, we are always looking to provide advisory services to quality projects looking to integrate blockchain solutions into their business verticals. Should you be interested, feel free to reach out to our team at https://emurgo.io. Don’t forget to follow our social media accounts and sign up to the EMURGO Newsletter on our site to always receive the latest news from EMURGO! 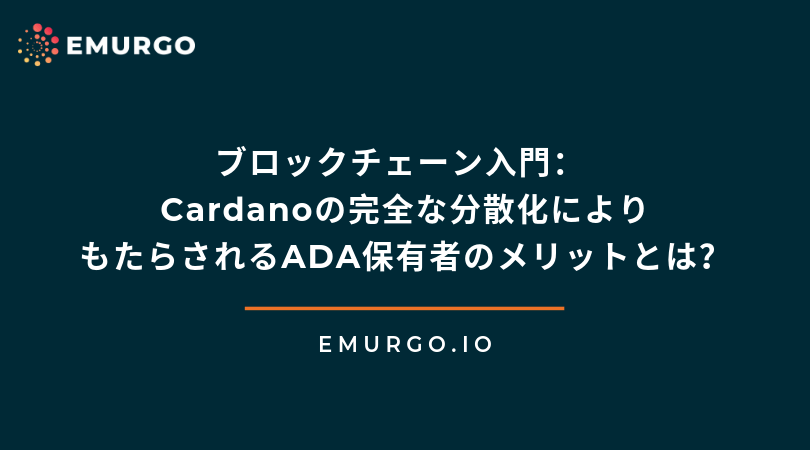 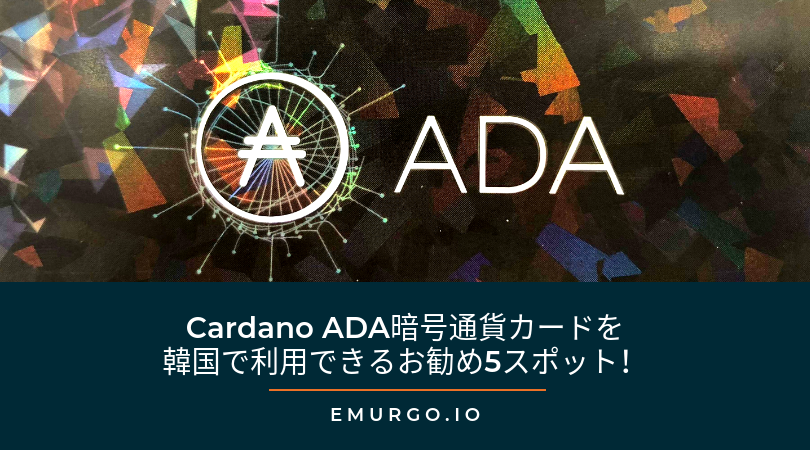 EMURGO Articles
—
Decentralization: How is Cardano Different From Other Blockchains?
Share this