EMURGO - the official commercial arm of Cardano - recently celebrated the 1st anniversary milestone of the launch & release of Yoroi ADA Wallet for the global Cardano community. Yoroi Wallet was launched on October 1, 2018. Yoroi Wallet is the first of EMURGO’s in-house products developed for Cardano in its mission to drive the global adoption of Cardano and aligns synergistically with Seiza Cardano Blockchain Explorer and the recent release of open source codebase Tangata Manu.

What is Yoroi Wallet?

Yoroi Wallet is a light-client wallet for Cardano ADA users developed in-house by EMURGO that is specifically designed to be simple, fast, and secure - a financial gateway to the future. Yoroi is fully functional and available for free download on iOS, Android, Chrome, & Firefox extension. To date, Yoroi Wallet has consistently enjoyed a high quality rating in all of its available app stores as it has delivered a spectacular user experience and also has a full engineering team developing updates and offering technical support on a full-time basis.

Over the first year of Yoroi Wallet, EMURGO has achieved quite a few significant milestones for Yoroi including integration of Cardano ADA with Trezor Wallet & Ledger Wallet, implementation by retail merchants to accept ADA payments, and others.

To get a detailed insight into the achievements of Yoroi Wallet over its first year, we’ve listed a few basic Q&A about Yoroi over the past year and looking forward.

Shin: Yoroi was based on the Icarus platform started by IOHK which enables developers to make light wallets. EMURGO developed and launched Yoroi Wallet on October 1, 2018 and then open sourced it in November 2018. A month later, EMURGO added Trezor hardware wallet support - a very important feature for added user security. Over the following months, EMURGO then added paper wallet support, full ADA integration with Ledger support, and rolled out the product to other platforms such as Android, iOS, and Firefox. Also considering our global Cardano community, EMURGO released additional language support for Korean, Japanese, Chinese, and others.

What was the most difficult feature to implement?

Shin: Ledger hardware wallet support because Trezor provided all of the APIs. However, for Ledger, we had to make our own bridge to connect Yoroi Wallet to the Ledger device.

What’s one of the best things about Yoroi Wallet thus far?

Shin: Yoroi Wallet is fast, secure, and simple to send & receive ADA which is an important part of the user interface and experience. We want to make it very easy for everyone to transact with ADA.

What are some important metrics you can provide about Yoroi Wallet?

Shin: Yoroi Wallet had more than 55,000 total downloads as of the end of September 2019. As we continue to roll out new functions and features, there should be a steady, consistent stream of new users.

For the road ahead, what are some important updates? Any new interesting features to be released for users?

Shin: To date, we’ve already added payment URLs (users can send a specific URL and a recipient address will appear to the sender), Microsoft Excel support to see a history of all transactions made, and a “hide ADA balance” feature, among many other cool ones.

As always, please follow our social media accounts and site to receive the latest news about EMURGO & Yoroi Wallet. If you have any questions about Yoroi, please visit here to contact us.

As EMURGO is focused on tailored systems development as one of our core business units, our world class R&D team led by CTO Nicolas Arqueros & Engineering R&D Lead Sebastien Guillemot, consistently develops and rolls out new products & updates that serves to enhance the utilities of Cardano. We also encourage interested developers to use the Tangata Manu open source toolbox to add functional utility to Cardano ADA by creating their own secure light wallets and explorers for Cardano ADA on Internet browsers and mobile devices. 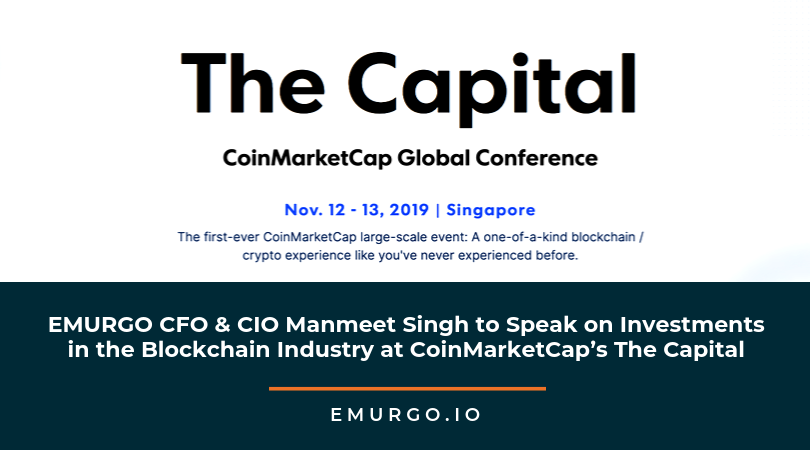 EMURGO Speaking at “The Capital”EMURGO CFO & CIO Manmeet Singh will be an invited speaker at the upcoming cryptocurrency-focused conference "The Capital" - a global blockchain industry event in Singapore, hosted by 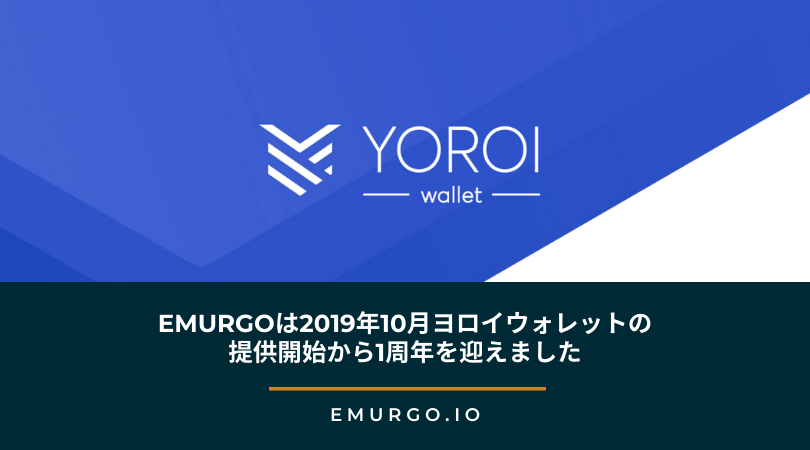