TOKYO, Mar. 27, 2019 / EMURGO – EMURGO (emurgo.io), the official commercial arm of Cardano - the first peer-reviewed third generation blockchain - is excited to announce full integration of Cardano’s ADA with Ledger, a leader in security and infrastructure solutions for cryptocurrencies and blockchain applications.

This initiative has been sponsored by the Cardano Foundation through funding the development of the Cardano Ledger app and associated software libraries. This project also benefited from the support of Vacuum Labs and IOHK’s development team.

“This is an event people have been looking forward to for the past year. I am especially thrilled to see many teams come together and cooperate on ground-breaking news in the industry. It foreshadows many more exciting commercial developments we have in store for Cardano in 2019,” said Nicolas Arqueros, CTO of EMURGO.

“Our integration with Cardano is something the Ledger community has been looking forward to for a long time. We are constantly working to respond to the needs of our customers, so we’re thrilled to officially welcome Cardano to the Ledger platform, offering ADA investors world class security for their crypto assets,” said Eric Larchevêque, CEO of Ledger.

Ledger has sold more than 1.5 million hardware wallets globally and is the de facto leader in the hardware wallet industry. The Ledger Nano S recently received the CSPN certification, making it the first and only certified hardware wallet on the market.

A recent study by Ledger found that there was over $850 million stolen from exchanges in 2018, underscoring how storing private keys on a hardware wallet is widely considered one of the safest options for crypto investors.

About EMURGO
EMURGO drives the adoption of Cardano and adds value to ADA holders by building, investing in, and advising projects or organizations that adopt Cardano’s decentralized blockchain ecosystem. EMURGO is the official commercial arm of the Cardano project, registered in Tokyo, Japan since June 2017 and in Singapore since May 2018. EMURGO is uniquely affiliated and works closely with IOHK to grow Cardano’s ecosystem globally and promote the adoption of the Cardano blockchain. www.emurgo.io 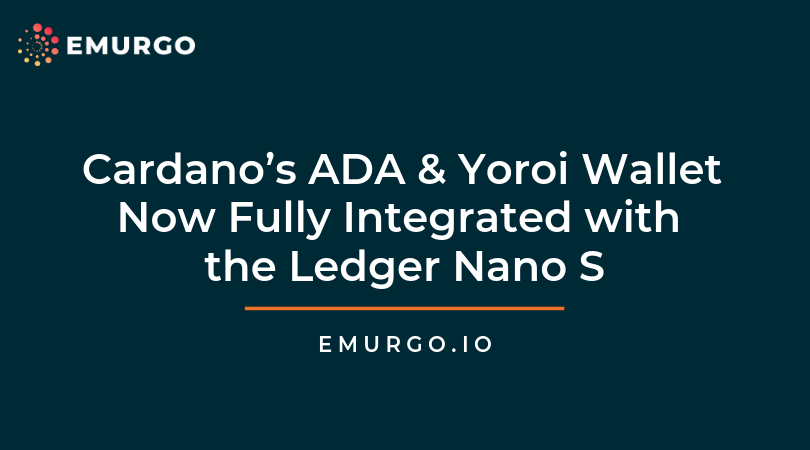 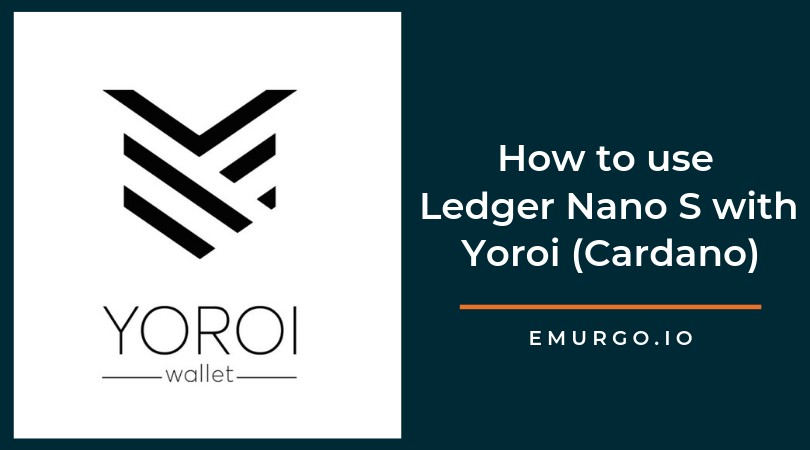 Yoroi, a Cardano light wallet by EMURGO, now supports the Ledger hardware wallet. Hardware wallets make it possible to sign transactions using a device connected to a computer through a USB cable. Private