At the end of March 2021, a new Cardano era began with the so-called “D=0” epoch. With its successful initiation, all block generation and validation in the Cardano blockchain network is now done by Cardano ADA stake pool operators, meaning Cardano has become a fully 100% decentralized network.

The previous Cardano360 edition wrapped up with a lot of exciting news and developments, including tentative dates for the full deployment of smart contracts on Cardano via the next Alonzo hard fork, and integration of Plutus, the computer programming language for smart contracts in the Cardano ecosystem.

The launch of the first cohort of the Plutus Pioneers program and many other important steps are bringing Cardano’s blockchain network closer to its full maturation and potential, which bodes a lot of excitement for the global Cardano community.

Due to the long runtime of the previous Cardano360 edition, we have highlighted here the most important pieces of information in a condensed form.

One of the most meaningful updates from the previous Cardano360 edition flew under the radar, as the discussion revolved around the “K framework.” The K framework is a semantics metalanguage that allows developers the ability to write smart contracts in whatever computer language they are most comfortable using. Then, the K framework plus a new compiler take the written instructions and make them compatible with the Cardano network.

Runtime Verification Inc., a trusted third-party partner company familiar with the Cardano network, is helping to develop this technological milestone. The discussion goes through an overview of how implementing any computer language to the blockchain is possible and the expansive benefits this provides to the Cardano network.

Perhaps the central part of the presentation is the rollout of the Plutus language, as this represents the imminent arrival of Cardano smart contracts. Many developers around the blockchain space have been eagerly awaiting the ability to launch full Dapps on Cardano, and an integral part of them is having fully customizable smart contracts that are ready.

Now, with things like the K framework, the KEVM that allows for people to develop using Solidity, and the Marlowe language available to write smart contracts in Cardano, why should people learn Plutus?

The reason is that Plutus is the native language of Cardano and based on Haskell. Most of the functionality and testnets will first be developed around this language. Any developers looking to deploy on Cardano will benefit enormously by understanding Plutus and its significance for Cardano smart contracts.

In light of that, we should also mention the Plutus Pioneers program, which is an effort to educate people worldwide in the Plutus language and Dapp development in Cardano. Anyone interested in learning can register for future batches of the program.

The entire Cardano ecosystem has over 150 partnerships at the moment with EMURGO and its founding partners forging new ones consistently. These agreements range from exchanges, financial institutions, other businesses, and to public sector organizations. As the launch of smart contracts approaches, more and more of these relations will increase and expand all over the globe.

One of the most important partnerships at the moment is with the Ergo blockchain - a proof-of-work blockchain protocol built to be a platform for applications with a main focus on providing simple solutions for financial contracts with its UTXO-based smart contracts.

EMURGO, Ergo, and IOHK have been working on a stablecoin that would work on both blockchain networks as stablecoins are a core part of launching Dapps on any network, especially for the rapidly increasing decentralized finance (DeFi) sector.

The stablecoin will be first launched on the Ergo network, and from there, it will migrate to Cardano. Through EMURGO’s strategic partnership with Ergo, its native Ergo (Erg) token can be stored on EMURGO’s Yoroi light wallet, with more on the way as Yoroi is set to become the go-to wallet for interacting with other token types issued on Cardano.

As the Alonzo upgrade approaches, the capabilities of the network continues to increase dramatically, and the Cardano community continues to grow in global awareness.

For any enterprises, developers, or projects interested in developing or forging new partnerships on Cardano, please feel free to contact us at info@emurgo.io for any assistance and we will be happy to get back to you in a timely manner. 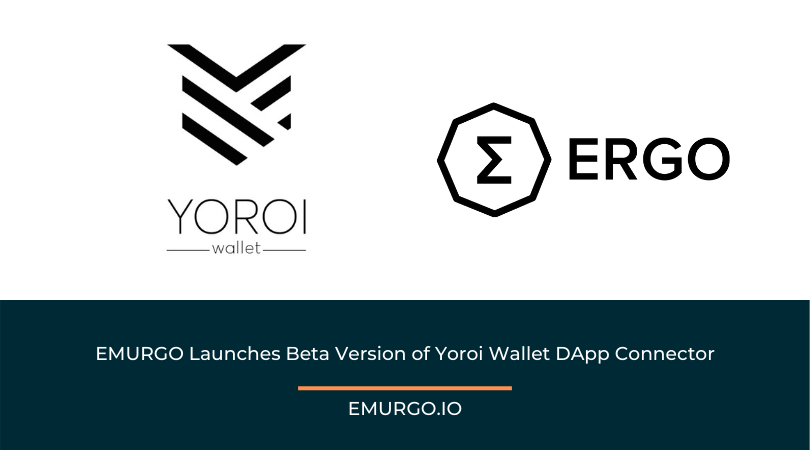 EMURGO is excited to announce the global test release of Yoroi Wallet’s DApp Connector. This will effectively pave a way for Cardano ADA and Ergo ERG users to make effortless DApp transactions on Ergo’s blockchain network through Yoroi Wallet. 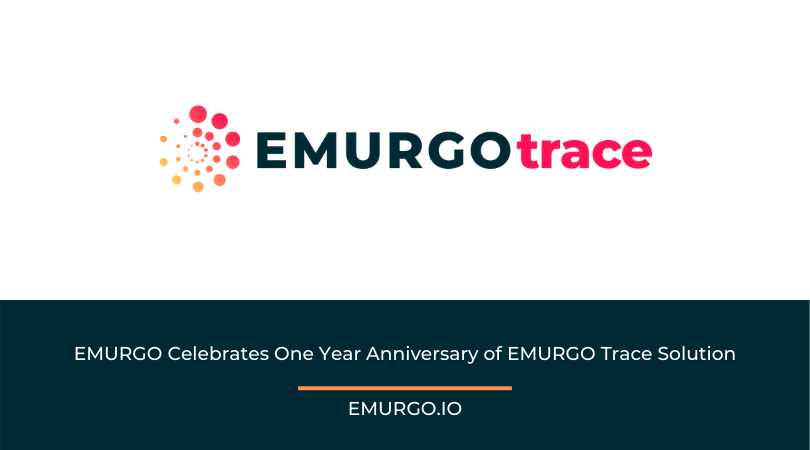 As a founding entity of the Cardano blockchain, EMURGO launched its traceability solution in March 2020 as an enterprise solution leveraging blockchain technology to solve the complex supply chain problems of enterprises.