EMURGO is the official commercial arm of Cardano - the first third-generation blockchain to evolve out of a research-first driven approach. EMURGO endeavors to build a Cardano ADA blockchain ecosystem and raise overall public awareness of the utilities of blockchain-based solutions. To achieve this vision, EMURGO actively seeks out and receives valuable opportunities to share Cardano-based and industry-specific information by speaking at various, leading events globally.

Our team has delivered great success towards improving Cardano’s value as the blockchain protocol of choice for institutions, enterprises, and developers through our strong rebranding and marketing initiatives. EMURGO’s skilled & decentralized workforce with talented, global leaders at the helm to drive the adoption of Cardano, has increased Cardano awareness by developing in-house products such as Yoroi ADA Wallet and Seiza Cardano Blockchain Explorer; launching real world ADA payment campaigns such as the ADA Crypto Card; offering blockchain developer education courses in conjunction with leading local universities;  and joining top blockchain associations to engage in dialogue with top policymakers to shape blockchain-friendly policies, among other efforts.

In the first half of 2019, EMURGO has had a presence in various international conferences speaking about the utilities of Cardano as the protocol of choice. As you can see in the list below, we have already participated in more than 20 global conferences in 2019 alone, at a pace of 3 conferences a month.

Let’s take a look at some of these events that EMURGO has spoken at.

EMURGO introduced its business and operations over two days of keynote speeches, panel discussions, and media interviews at the EMURGO booth.  EMURGO speakers included EMURGO CEO Ken Kodama, CTO Nicolas Arqueros, and CFO & CIO Manmeet Singh, as well as the CEO of IOHK, Charles Hoskinson. The photo above shows Manmeet Singh with Todd Morley (right) and Dave Shuler (left), co-founders of Y2X - a leading digital merchant bank that will utilize Cardano to offer a platform for entrepreneurs seeking to raise funds via security tokens. Netyear Group CEO Fujiyo Ishiguro, an advisor to Y2X, also joined the panel to give her keen insights.

The main feature of the DC Blockchain Summit was to promote discussion between blockchain innovators and engineers who gathered from all over the world. The participants included senior members from major US regulatory bodies and top policymakers related to shaping governmental blockchain policies. EMURGO CFO & CIO Manmeet Singh had a fireside chat with Bloq Co-founder & Chairman Matthew Roszak on the future of blockchain tokenization in front of an esteemed crowd of government and business leaders.

The theme of this meetup event was “Connectable Coffee.” These days, consumers can connect to various producers, manufacturers, and products via the Internet. The potential for blockchain technology to go beyond the financial industry, is now being discussed with its benefits for the supply chain, logistics, and agriculture industries, among several other industries.  For instance, In the production of coffee, tracking the movement “from seed to cup” allows all stakeholders in the supply chain to view transparent information as the coffee bean gets processed and delivered to coffee consumers. Coffee drinkers would be able to directly track and receive relevant information with full transparency, knowing exactly what they are consuming.

Having full transparency in the supply chain will benefit existing processors as it will also add value to retail stores. It increases the trust between retail and customer, therefore increasing sales. As this causes processors to ship more, there will be a domino effect of benefits in the form of increased work demand and increased profit.

Through our dLab/EMURGO accelerator, EMURGO has been supporting companies such as Helixworks that can enhance and increase the technological standards used across the global supply chain industry in the future. Helixworks can track every single coffee bean for instance, and prove that a particular specialty roasted coffee is genuine and authentic according to its DNA-based ID tags which will be integrated into a blockchain.

For a deeper look at the potential for blockchain in the supply chain industry, please go here.

This event started with a detailed EMURGO introduction given by Ken Kodama, CEO of EMURGO.  Mr. Kodama welcomed the guests and talked briefly about new Cardano updates and EMURGO’s vision and plans for the future to a full house of the local Japanese community at EMURGO’s new office, along with Charles Hoskinson.

Yosuke Yoshida, EMURGO CBO, gave a talk about EMURGO’s strategy to drive adoption of a global Cardano, and EMURGO’s work toward increasing utilization and awareness of the Cardano blockchain ecosystem to institutions, enterprises, and developers. He also mentioned Yoroi Wallet, developed by EMURGO, as well as EMURGO’s blockchain explorer, Seiza, as prime examples of how EMURGO is delivering real utility products to the Cardano community in preparation for the upcoming release of Shelley.

To shape the future that blockchain will help create, it is vital that potential stakeholders and users understand how Cardano can improve their verticals and bring real utility. To help foster this understanding, the key members of EMURGO will continue to actively attend events around the world to spread awareness of Cardano as the first, third-generation blockchain designed to meet the institutional & enterprise needs of scalability, sustainability, and interoperability. Don’t forget to follow our Twitter accounts and sign up to the EMURGO Newsletter to always receive the latest news from EMURGO! 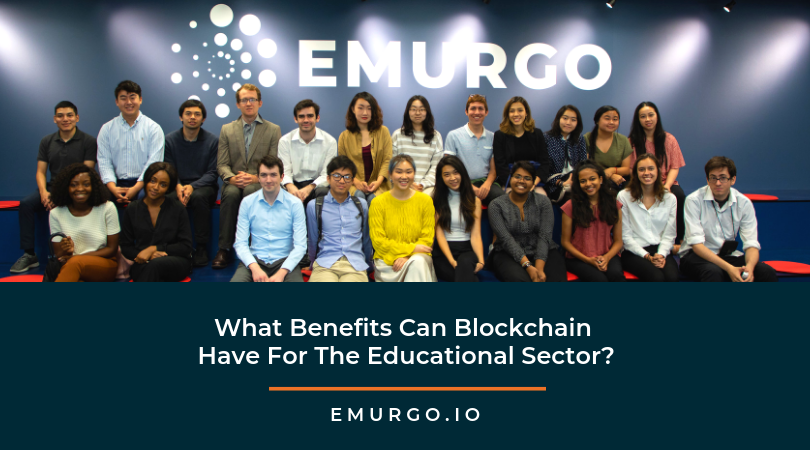 As the official commercial arm of Cardano - the first third-generation blockchain to evolve out of a research-first driven approach, EMURGO places great importance on focusing on and delivering accessible, quality blockchain education. 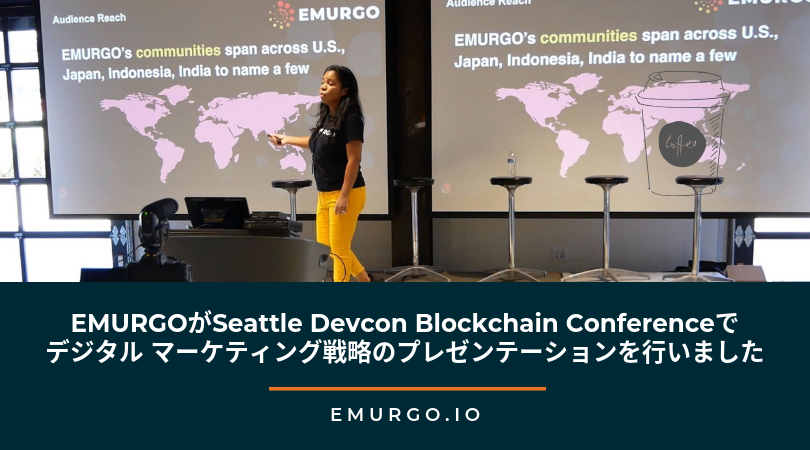 EMURGO Articles
—
EMURGO: Speaking About Driving the Adoption of Cardano ADA & Blockchain at Leading Events in 2019
Share this