MIAMI, FLORIDA Apr. 18, 2019 / EMURGO –  EMURGO (emurgo.io), the official commercial arm of Cardano - the first third generation blockchain to evolve out of a research-first driven approach, has announced today the upcoming release of Seiza, an EMURGO-developed Cardano blockchain explorer that will include more features than any other blockchain explorer. The release of Seiza will happen before the end of May. The name Seiza is derived from the Japanese word for “constellation”, as it reflects EMURGO’s Japanese heritage and objective for it to be an all-encompassing blockchain navigation guide for users. This strategic development aligns with EMURGO’s initiative to drive the adoption of Cardano and bring value to ADA holders.

“I am excited to see that EMURGO has developed such a useful and innovative product for the Cardano community. The ability to have transparency is a vital function for the Cardano blockchain protocol and Seiza delivers this in an amazing way for users,” said Charles Hoskinson, CEO of IOHK.

Blockchain or block explorers are akin to cryptocurrency search engines to help users find data about a particular blockchain including blocks, past & pending transactions, and transaction histories of wallet addresses, among others. Seiza will enable ADA holders to immediately track any of their transactions on the Cardano blockchain, which currently has validated more than 2.4 million blocks.

With Cardano employing a resource-friendly proof of stake (PoS) consensus mechanism, holders of Cardano’s underlying cryptocurrency ADA will soon be able to partake in stake pools. In a public blockchain utilizing PoS, staking is critical to securing the network to validate transactions as users staking more ADA will have a greater chance of being selected to create blocks and thereby earn rewards. Stake pools are run by multiple users with the promise of being online all the time and allow users to delegate their stake to a pool. Seiza will give ADA holders access to real time data of these stake pools. [1]

“EMURGO is fully committed to providing valuable utility to the Cardano community. Seiza is an essential user friendly tool that EMURGO was eager to develop to further the advancement of the Cardano ecosystem,” said Nicolas Arqueros, CTO of EMURGO.

EMURGO drives the adoption of Cardano and adds value to ADA holders by building, investing in, and advising projects or organizations that adopt Cardano’s decentralized blockchain ecosystem. EMURGO is the official commercial arm of the Cardano project, registered in Tokyo, Japan and in Singapore. EMURGO is uniquely affiliated and works closely with IOHK to grow Cardano’s ecosystem globally and promote the adoption of the Cardano blockchain. www.emurgo.io 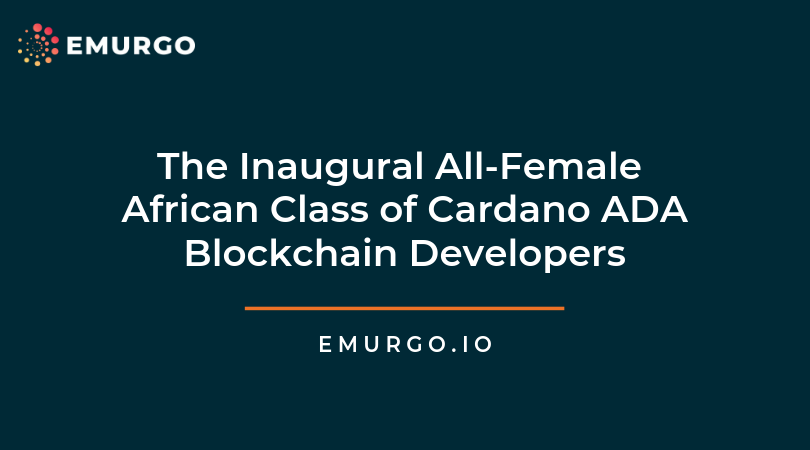 An all-female class of highly driven women have become the very first African class trained to develop and build on Cardano, the first third generation blockchain to evolve out of a scientific philosophy. 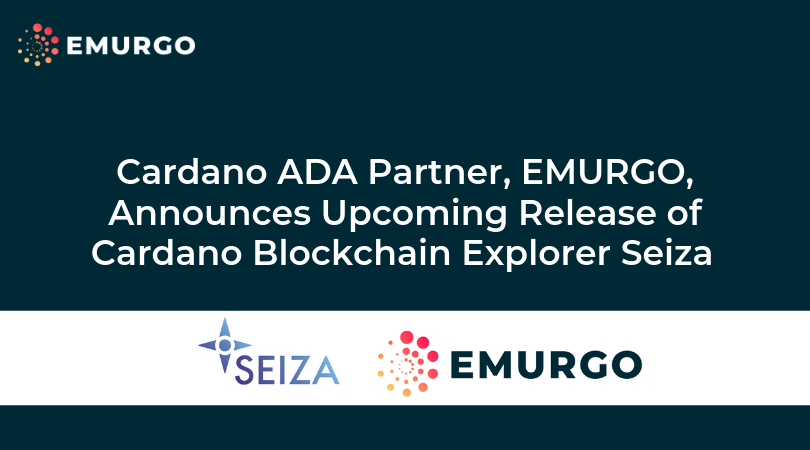