Following the recent update of EMURGO-developed, Cardano (ADA) Yoroi Wallet Version 1.6.0, we are proud to support sōshen. sōshen aims to simplify the developer experience for building and launching Cardano-based applications. By taking away the node maintenance requirements from developers, sōshen will make it easy to build, test and launch applications hosted on Cardano.

It is designed and developed courtesy of Khoa Phan,an entrepreneur, full-stack software developer, and one of the first Cardano fellows in the dLab/EMURGO accelerator program. As a Cardano fellow in the dLab/EMURGO accelerator program, sōshen’s founder has access to a world-class network and a unique experience to interact with startups and fellows in the program,and EMURGO team members, such as Sebastien Guillemot - R&D Engineering Lead at EMURGO, on a daily basis. This network allows ideas to be shared and fosters a spirit of collaboration. Khoa’s goal is to provide a powerful and easy-to-use API for Cardano developers.

What problems do we face today?

For blockchain-based applications in general, developers and people interested in staking pools on Cardano (for Proof-of-stake) currently face many big barriers to entry. One major barrier is that a developer must have access to a full working node for application interaction and smart contract deployment. The role of a node is to support the Cardano network by maintaining a copy of a blockchain and, in some cases, to process transactions. The effort and maintenance needed for operating full nodes are unreasonable and the server costs are no trivial expense.

How can sōshen solve the problem?

① Highly Reliable
Developers can be stress-free as sōshen’s dedicated fault-tolerant infrastructure will keep their blockchain applications online and running at max capacity.

② High Security
Developers can achieve peace-of-mind by offloading their security concerns to sōshen’s service. sōshen is hardened and monitored at all times to maintain a high level of service integrity.

③ Scalable
Developers can feel empowered to build, grow, and take their business to the moon by utilizing sōshen’s highly-available and extensible infrastructure as their launchpad.

sōshen keeps things simple and cost-efficient. With sōshen’s API, developers can get the same full nodes in minutes with a button-click and for less than what it would cost for individuals to operate them on their own. Without the need to set-up, run servers, sōshen will make it easy to build, test and launch applications hosted on Cardano.

Ask the sōshen Team Anything

Q: When and why did you have the initial idea of sōshen?

A: I(Khoa) have been wanting to build tools to benefit developers for some time now (prior to sōshen, but after Backbone Labs, I was already working on a suite of GitHub Apps to increase developer productivity) and was lucky enough to have Nick Plante (Program Director, dLab) and Nicolas Arqueros (CTO, EMURGO) to brainstorm ideas with. One roadblock that I repeatedly encountered was that, no matter what I wanted to build, I needed to host my own node infrastructure, since, at the time, there wasn't a service like sōshen to provide on-demand interactivity with the Cardano blockchain. Realizing that I wasn't the only one with this issue, I ventured on, alongside Eko (another sōshen founder), to spec out and build a reliable and easy-to-use API to empower developers from all platforms to build blockchain apps and services - most people know that service today as sōshen.

Q: Can you explain sōshen in 3 simple sentences? Why is it called sōshen?

A: sōshen makes the development of blockchain apps and services possible without needing to worry about the underlying blockchain infrastructure (i.e. nodes). Prior to our offerings, a developer wanting to create an app or service that interacts with the Cardano blockchain would need to set up, configure, and manage their own nodes *and* develop an API on top in order to interact with their nodes. Personally, I believe the best part about what we're doing is that we can empower blockchain developers of all skill levels - by not having to allocate resources (time, money, etc.) to this mandatory component, they will be able to spend more of their time and energy building and improving upon their apps/services which would ultimately benefit the ecosystem, and in turn society as a whole.

sōshen is the phonetic spelling of the Japanese word "transmission", which we felt was appropriate because what we do is transmit the requests of developers to a blockchain.

Q: Why should developers use sōshen?

A: While we can’t guarantee that all of the blockchain applications you develop will lead to moon lambos, we can assuredly presume that you’ll save significant amounts of time and money by using sōshen.

Our team spent 1,000+ development hours over the past 3 months to provide you with a service that will cost-efficiently and reliably provide your blockchain apps with the blockchain data they’ll need - in a manner that doesn’t resemble anything like blockchain development today (in other words, it’s easy to work with).

In addition to the API, we are also building tools to help you gain valuable insight into your blockchain apps, develop them even faster and in a more secure manner, and more, which will all be available as they are released.

Q: What should developers do if they are interested?

A: We have already launched sōshen’s paid beta test and, after the beta period ends (lasting about 1 month), we will be giving all of our beta users hefty lifetime discounts ranging from 25-50%! Anyone can learn more about sōshen on our website, as well as sign up for the beta test.

If you’re not sure about what to build, you can still sign up for sōshen and plug your API credentials into the project that sōshen’s co-founder, Eko created which visualizes Cardano network transactions happening in real-time: https://flight.soshen.io. We hope developers will take the project further by building on top and extending its functionality.

Khoa (founder of sōshen) also recently shared his sōshen-backed app so please follow @SoshenWhales, a Cardano community first of ‘whale alerts’ - twitter notifications for significant ADA transactions! Do you have a sōshen-backed project that you’d like to build and share? Have questions or feedback? Feel free to email me directly at kp@soshen.io and let’s get a conversation going.

Q: How did being in the dLab/EMURGO Fellowship Program help to develop sōshen?

A: Because of the incredible guidance and support that we received at dLab/EMURGO, sōshen will be able to benefit Cardano developers today, instead of 6-9 months down the line. We've made no attempts at hiding that fact and are eternally grateful to our exceptionally experienced mentors at the accelerator (both Nick and Nico have been building companies and developing software for 10+ years each) and the incredible support we received from the EMURGO R&D team (thank you Sebastien, Ruslan, and Roberto)

sōshen is an innovative, essential, and easy-to-use API for Cardano developers. Khoa and his team are helping to pave the way for developers to build with Cardano and secure the Cardano blockchain. sōshen removes the hassle of operating a full node, so that developers can better focus on creating amazing applications that people love.

EMURGO always searches and supports innovative projects that solve existing problems in the blockchain space to push forward the maturation of the blockchain ecosystem as a whole and deliver real value add to ADA holders such as sōshen . If you have any other questions, as always, please feel free to contact us at venus@emurgo.io. Don’t forget to follow our social media accounts and sign up to the EMURGO Newsletter to always receive the latest news from EMURGO! 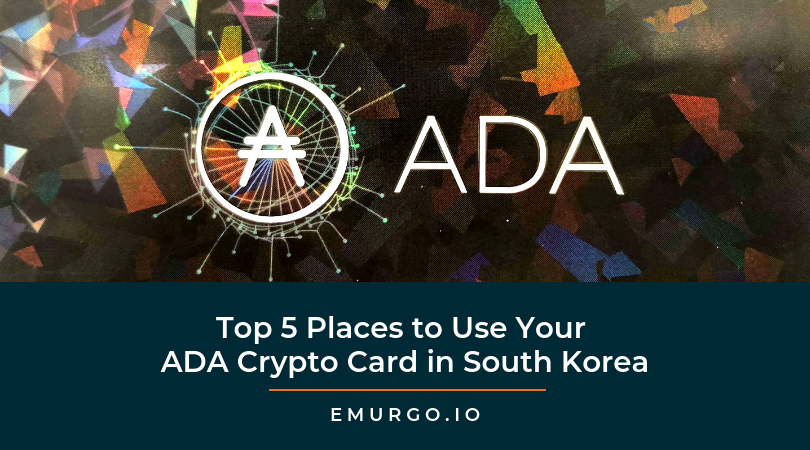 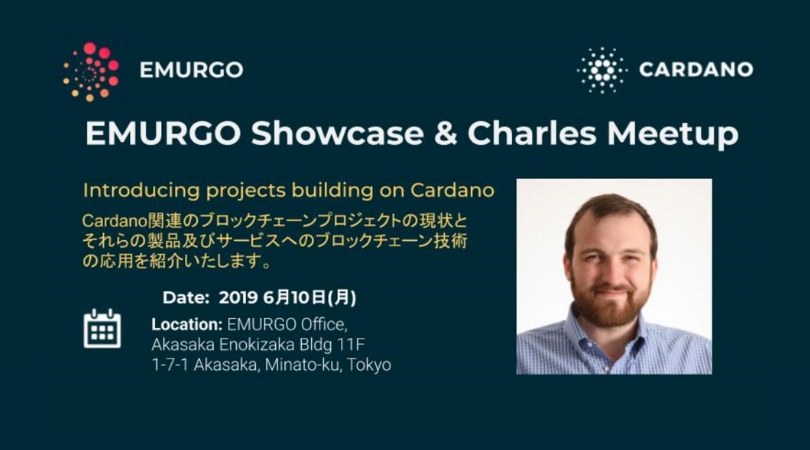