Financial regulators have taken unique approaches to the regulation of Security Tokens and STOs (Security Token Offerings), with many yet to issue formal guidelines for classifying and issuing Security Tokens. Many countries have deemed STOs illegal, while many require that STOs adhere to existing securities law. Countries that have not issued any guidance or declarations remain a regulatory grey zone and issuers in these jurisdictions may face retrospective legislation. Though some countries offer frameworks and relatively simple processes for conducting STOs, the diverse international regulations have made conducting an STO across multiple jurisdictions costly and risky for companies raising funds. EMURGO, the official commercial arm of Cardano, is on top of the complexities of STOs and ready to offer advisory services pertaining to this potentially lucrative area.

You may also read about our recent articles: A Sneak Peek at User Issued Assets & Security Tokens in Cardano, Blockchain Primer: What is a Utility Token? How is it different from a Security Token?

A Complex Game of Compliance on the International Stage

Equity crowdfunding compliance is demanding, private placements exclude retail investors, and limited offering exemptions restrict STO marketing and cap the raise. This has led many projects to conduct STOs through a combination of filings and exemptions across many jurisdictions, permitting as many investors as possible to take part in the offering while limiting liability by only offering the deal in jurisdictions with clearly defined rules for Security Tokens.

Almost all STOs raising significant funds have been restricted exclusively to accredited/high net worth/eligible investors. A few have conducted equity crowdfunding rounds to allow for retail investors to take part, but in most cases (and especially when raising a significant amount of funds) it is simpler and cheaper to restrict the sale according to exemptions in various jurisdictions. For example, almost all high-value STOs have opened investing to US accredited investors through Reg D exemptions.

What About the Democratization of Venture Capital?

As blockchain technology promised to democratize capital, many hoped that digital asset offerings would revolutionize venture capital and fundraising for small and medium-sized companies. With trillions of dollars in “tokenizable” assets worldwide, market participants are wondering if they will have unequal access to investment opportunities. Optimistic retail investors are hoping that regulation will first protect retail investors while the market matures, and that countries in time will open up the markets to more participants once compliance and disclosure standards are clarified and enforced. However, at the moment, there is a large divide and unequal opportunity, which demonstrates a need for updated legislation. It will take time for the infrastructure to mature and for decentralized alternatives (such as decentralized derivatives that allow for retail participation in price definition) to take place.

What’s Working? And What’s Next?

The digital asset market, and particularly the digital securities market, are brand new. Like any new market, it will take time for standards to emerge and for regulators to catch up. Though there have been relatively few STOs conducted to date, the infrastructure is expanding rapidly. As infrastructure and awareness increases, we will see exponential activity and tokenization of assets.

New Asset Classes ~ One exciting aspect of digital securities is their flexibility. We have already seen tokens representing potential dividends on single product lines, along with unique combinations of profit sharing. As we advance into the future, we will likely see a combination of securities and utility tokens and brand new asset classes not yet proposed.

A Continued Call for Increased Transparency, Disclosure, and Accountability ~ As investors look for good investments among a growing number of offerings and investment opportunities, comprehensive disclosure will become a necessary practice for businesses.

Industry Standards ~ As the infrastructure is built out and the market rewards successful models and practices, widely-adopted industry standards will arise. For example, a growing number of token standards are being proposed, and though an effort is being made to unify them with commonalities, only time will decide the winners.

How EMURGO Can Help

Interested in being an early mover and conducting an STO (or any type of token offering)? EMURGO, official Cardano partner and commercial arm, can help you decide what method is best for your company! One of EMURGO’s main business units is general advisory services. Our expert team is ready to offer an assortment of tailored blockchain consulting services for your enterprise or project and for token economics missions.

Earlier this year already, EMURGO announced an anchor investment into Y2X, a leading digital merchant and investment bank that will help entrepreneurs raise capital for expansion through Securities Token Offerings and other means with Cardano becoming the protocol of choice for Y2X and its portfolio companies. 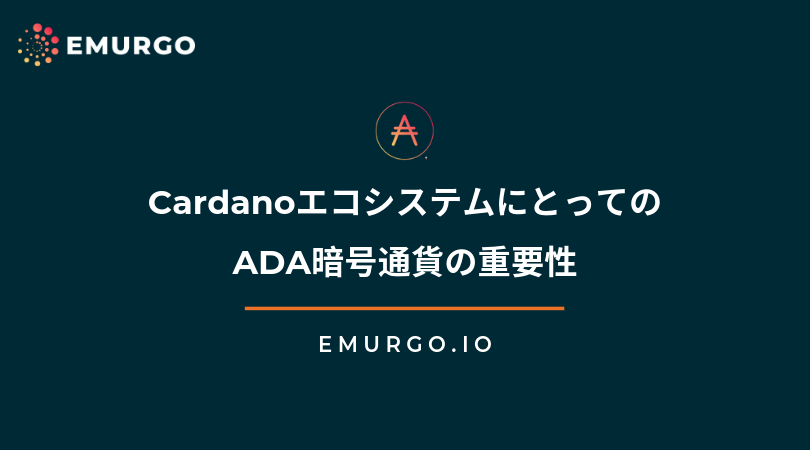 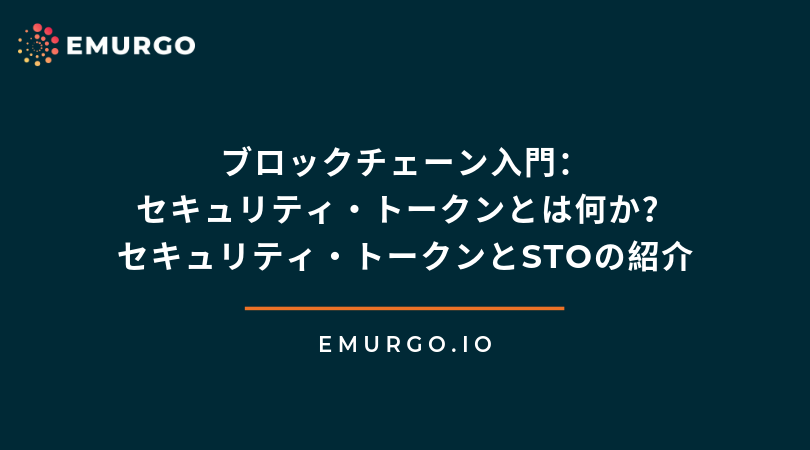