Imagine waking up and checking your smartphone after a sip of your morning coffee. The equity for your promising startup has been sold to investors from all over the globe – Canada, Malaysia, Estonia, Niger and the list goes on. You can now take your company to the next level as it has raised valuable seed capital with a blockchain-based version of a Series A. You are one of a countless number of other talented global entrepreneurs & visionaries - all funding and growing their businesses through security token offerings (STOs) while all types of other assets are also being tokenized. This is the vision for a modern and digital-friendly business landscape underpinned by security tokens and the tokenization of assets.

As of today, security tokens and tokenization of assets are still in their nascency. Nevertheless, the future potential for digital tokenization is largely untapped and its growth can become exponential according to the size of the addressable markets. Awareness of STOs and implementation of blockchain technology is increasing gradually and in some places, very rapidly.

Currently, the total market capitalization for digital assets stands at approximately $270 billion. [1] The entire market capitalization of the world’s equity/stock markets stands at nearly $70 trillion with the world’s total physical supply of money (coins, notes, checking, savings) at $37 trillion. Thus, there is an enormous potential for growth in tokenization of the world’s equity markets and supply of money.

Security tokens and blockchain-based tokenization due to its programmable compliance, divisibility, and subsequent increased liquidity, carry enough revolutionary potential for enterprises to have already started building platforms and thinking of ways to prepare for STOs. Governments have started to learn about how blockchain can affect traditional industries via security tokens. So then what is the reason for the sluggish adoption of security tokens and tokenization?

Just like Rome, the STO markets and accompanying underlying infrastructure won’t be built in a day – or even a year. The negative connotations of the ICO (initial coin offering) boom and bust still haunt the STO markets and investor perceptions tend to change slowly.

To prove that STOs are not part of the ICO  “Wild West,” the blockchain industry needs to have regulatory clarity that is pro-blockchain and build trust capital by removing bad actors and scams from the space.

Conversely, the regulatory clarity that many investors are waiting for is also one of the main reasons that blockchain adoption is taking time. Regulations rarely change overnight, especially given the abstract and highly technical nature of blockchain technology and its potential to revolutionize traditional industries central to the economies of nations.

Thus, policymakers at the highest level of government need to understand the fundamentals of the technology and learn about the real utility of security tokens to bring forth blockchain-friendly policy initiatives. Trade associations like the Chamber of Digital Commerce, large-scale conferences aimed at enterprises & government, and actual, useful content about the real utilities of blockchain technology are some of the ways to gain more attention from policymakers and influential stakeholders.

Nevertheless, most importantly, blockchain projects, enterprises, developers, and other stakeholders have kept building the ecosystem and blockchain awareness continues to grow across the world. Clear token standards, secure blockchain wallets such as the EMURGO-developed Yoroi Wallet, user friendly blockchain explorers such as the EMURGO-developed Seiza Cardano Blockchain Explorer, and decentralized security token exchanges are a few examples of the things that weren’t available until recently.

EMURGO firmly believes in the value of blockchain education as the foundation to drive Cardano adoption and a blockchain ecosystem overall. Earlier, EMURGO joined the U.S. Chamber of Digital Commerce as an Executive Committee member along with other large multinational enterprises. The Chamber serves as a trusted resource to regulators & policymakers internationally in an effort to shape pro-growth blockchain-related policies. EMURGO, as an Executive Committee member of the Chamber, will be a part of an ongoing discussion via participation in the Chamber’s expert working groups and policy initiatives, to raise Cardano blockchain awareness.

EMURGO CFO & CIO Manmeet Singh is regularly invited to speak about tokenization and security tokens to inform policymakers and thereby help drive Cardano adoption with pro-blockchain policies. EMURGO has already made an anchor investment into Y2X - a leading digital merchant bank that will will help entrepreneurs raise capital for expansion through Securities Token Offerings (STOs) and other means. Cardano will become the protocol of choice for Y2X and its portfolio firms, especially in the field of regulated STOs.

What’s the Next Step for Security Tokens & Blockchain Adoption?

We have come a long way but what is the next step for taking security tokens and blockchain adoption to the next level? As the nature of security tokens is global, the blockchain industry in coordination with governments needs to establish an international framework for blockchain-friendly regulation which will foster innovation and investment. Once regulatory clarity is formed, there will be more products related to tokenization and more enterprises & investors willing to make sizeable investments into the security token and blockchain space.

To gain further regulatory clarity, the blockchain industry must limit bad actors and scams by upholding standards, continue to drive awareness of the utility of security tokens, educate developers, and build the ecosystem with products of real value.

The good news is that governments are gradually learning more about the state of security tokens and blockchain overall. Quality standards are improving with useful products coming out consistently to drive a blockchain-based future.

Cardano as the first, third-generation blockchain to evolve out of a research-first driven approach is built by a large collective team of professionals with the mentioned needs of governments, enterprises, institutions, and developers in mind.
Should you be interested, please reach out to us here and our Consulting team will get back to you. Don’t forget to follow our social media accounts and sign up to the EMURGO Newsletter on our site to always receive the latest news from EMURGO! 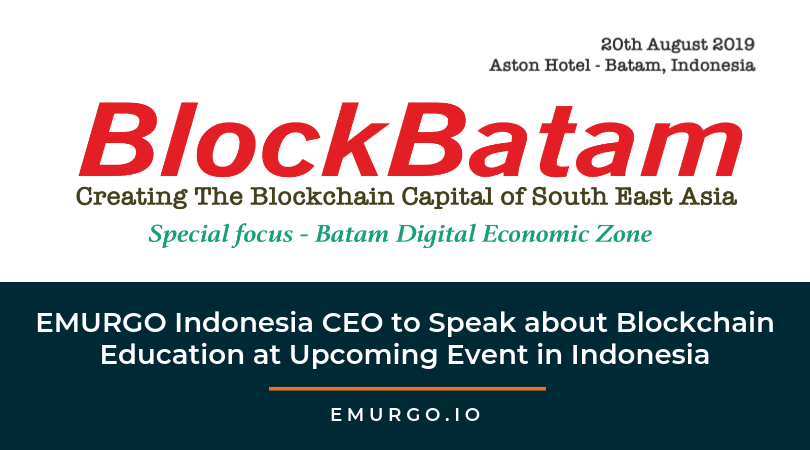 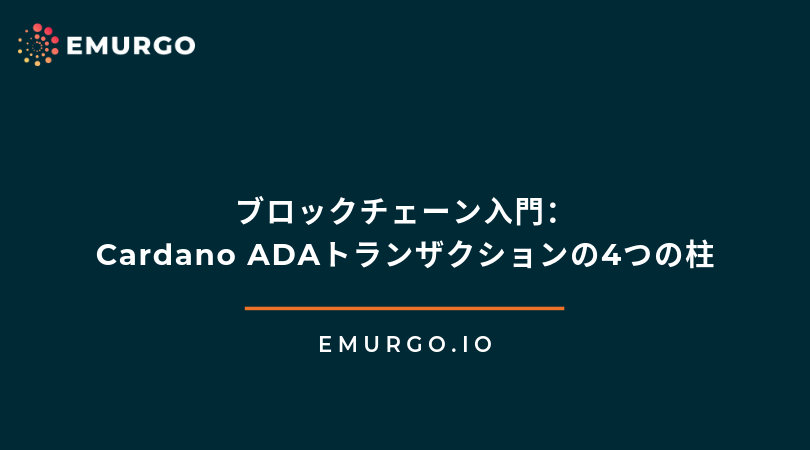