Shelley, the second stage of Cardano’s development, will bring a new era to Cardano. This era will be the first time in Cardano’s history where full decentralization will be achieved. This means that the Cardano blockchain will be fully maintained and updated through a global network, without any central governing party. The second stage in Cardano’s journey brings many new opportunities and benefits for ADA holders to enjoy. It’s important to understand what these benefits are for ADA holders. In this post, we’ll look at how Cardano’s decentralization will benefit the holders of ADA.

What is Decentralization Exactly?

Once Shelley is reached, Cardano will be a fully open, decentralized ledger. This ledger will need to be maintained and kept up-to-date, as an increasing number of people enter the Cardano ecosystem. Payments for goods and services or sending ADA from one address to another are all transactions that will need to be recorded and preserved on the Cardano blockchain. How, exactly, will the Cardano blockchain record these transactions, and why does this matter to an ADA holder?

Ouroboros lays at the heart of the decentralized Cardano blockchain. This is a brand-new, proof of stake algorithm that ensures Cardano’s blockchain remains secure and correct. Ouroboros allows stakeholders (people who own ADA) to help update the ledger with all the transactions that take place between people globally. All of this will be achieved without needing to consume the same amount of resources that Bitcoin does.

Benefit for ADA Holders: You Can Help Keep the Cardano Blockchain Up-to-Date

Currently, the Cardano blockchain is maintained and secured by the Ouroboros Classic algorithm. This was the consensus algorithm that has been used since the dawn of Cardano’s first phase, the Byron era. Byron began with the launch of Cardano’s mainnet. This phase has reached its final major milestone, marked by the release of Cardano 1.5. This release laid the foundations needed to transition from Ouroboros Classic (used currently) to Ouroboros Genesis. Once the transition to Ouroboros Genesis is achieved, Cardano will become a proof-of-stake protocol with the same level of security as the world’s most popular proof-of-work blockchain, Bitcoin.

This transition to Ouroboros Genesis will allow anyone who owns Cardano ADA coins to help keep the Cardano blockchain up-to-date.This is because Cardano will be a proof-of-stake system. “Proof” means having evidence that blocks of transactions between Alice and Bob, Bob and Carol and so forth are legitimate transactions. “Stake” means having coins in an address you own. Ouroboros Genesis gives any holder of ADA coins the potential to participate in validating transactions, and adding blocks to the blockchain. A key benefit for an ADA holder is knowing you are helping to keep the blockchain up-to-date.

Benefit for ADA Holders: You Can Enjoy Rewards Through Staking

In a proof-of-work system such as Bitcoin, miners invest computing power to be chosen as the leader in who gets to make the next block. This block contains many different transactions that took place. By being the leader to make the block, it is then added to the blockchain and the miner is rewarded. By contrast, once Cardano is decentralized, the stakeholder who will create the next block is randomly selected, proportional to the size of stake they have, according to the blockchain ledger.

Cardano is a proof-of-stake system, meaning owning ADA means more than owning Bitcoin does for the Bitcoin protocol. While ADA can be used to buy goods and services, it also means holders have the right to participate in the protocol and create blocks. Once Cardano is decentralized, anyone who owns ADA coins can delegate their right to participate in creating blocks to a stake pool, while keeping their funds perfectly safe and secure. By delegating, an ADA holder can enjoy the rewards that come from staking, while also contributing to keeping Cardano updated.

Benefit for ADA Holders: You Can Help Keep Cardano Decentralized

Decentralization ensures that the blockchain is not controlled by a central party.  As of the time of writing, the four largest Bitcoin mining pools control over 51% of the network’s hash rate. If these pools collaborated, it’s theoretically possible that they could take over 51% of the Bitcoin network. This is because there are very few but powerful parties with enough computing power to add blocks to the Bitcoin blockchain. These powerful actors exist due to the scale efficiencies or large mining operations. Cardano seeks to eliminate this by distributing control of the network.

The Cardano blockchain can still operate effectively with as many as 1,000 running stake pools. This would mean that the total number of parties adding blocks to the Cardano blockchain would be far greater than the miners of other networks. Shelley will help everyday Cardano holders keep the network decentralized.

How is EMURGO positioning for a Decentralized Cardano?

EMURGO recently developed & released an all-new Cardano blockchain explorer Seiza to the public. Seiza will allow immediate transparency and real-time data about Cardano blocks, ADA wallet addresses, transactions, and staking, among others. This product was developed for the community as it will provide enhanced utility for ADA holders especially as Shelley is upcoming.

Earlier, EMURGO developed and released the highly acclaimed Yoroi Wallet which enjoys a 5-star rating in the Android, iOS, Chrome stores along with Firefox 67 available. This light wallet enables users to safely store, send, and receive ADA without the need to download the entire blockchain. EMURGO also led the integration of ADA & Yoroi Wallet with industry leading Ledger Nano S wallet in March 2019.

dLab/EMURGO startup & Cardano Fellow sōshen also adds to the Cardano ecosystem and the upcoming Shelley era as it aims to simplify the developer experience for building and launching Cardano-based applications. By taking away the node maintenance requirements from developers, sōshen will make it easy to build, test and launch applications hosted on Cardano and operate stake pools.

EMURGO also is supporting another dLab/EMURGO startup & Cardano Fellow Syre as it will address transaction surety in giving ADA holders a greater user experience when sending ADA funds by ensuring ADA addresses are the correct intended address prior to sending. This is set to be integrated for ADA later this year.

Cardano is developing a third-generation smart contract platform which seeks to deliver more advanced features than any protocol previously developed. While IOHK is focused on the technical development of the Cardano platform, EMURGO drives the adoption of Cardano and adds value to ADA holders by building, investing in and advising projects and organizations seeking to implement the Cardano blockchain into their ecosystem. Shelley is the next stage of Cardano’s development. With decentralization comes many amazing benefits for ADA holders to enjoy. In this post, we looked at the three key advantages that every single ADA holder can benefit from once Cardano is decentralized. 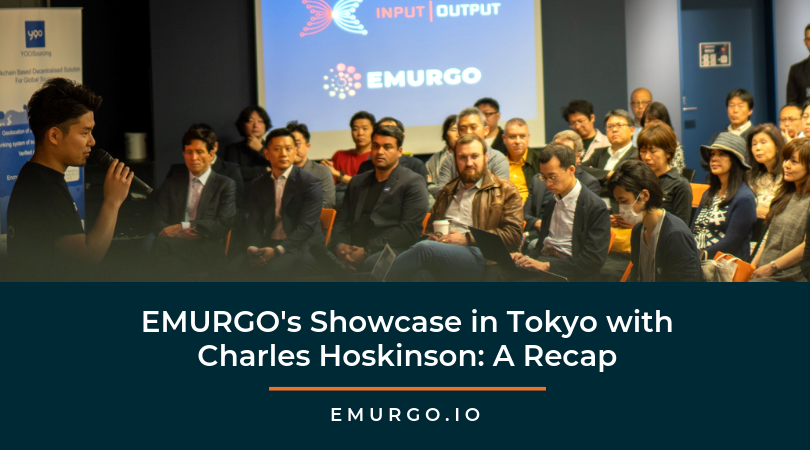 EMURGO, the official commercial and venture arm of Cardano — the first third-generation blockchain to evolve out of a scientific philosophy, successfully launched its first community event at its new Tokyo office on June 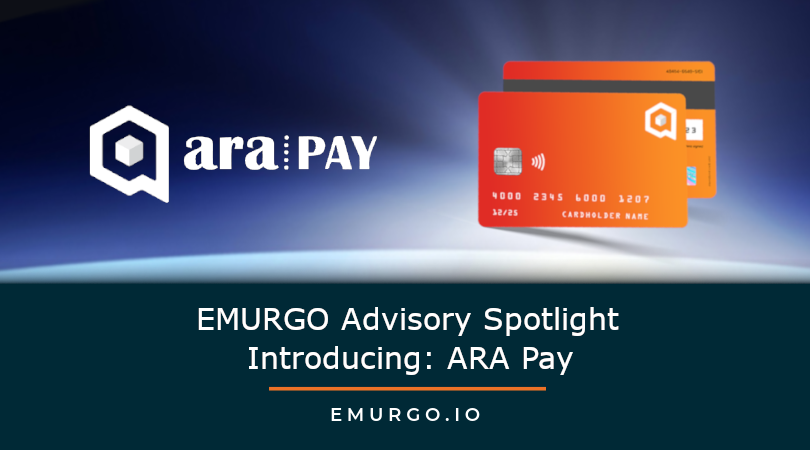