EMURGO Indonesia CEO Shunsuke Murasaki will be a guest speaker at the upcoming BlockBatam Blockchain Conference in the Special Economic Zone of Batam, Indonesia - an officially designated economic zone by the Indonesian government to spur foreign investment into digital technologies. BlockBatam is set to be a distinguished event comprised of senior Indonesian government officials and blockchain industry professionals from the ASEAN region to bring more awareness to blockchain-related efforts to reshape the regional business landscape.

Murasaki is scheduled to speak on a 14:10 - 14:30 solo session on August 20th entitled: “Implementing Blockchain Education For A Better Tomorrow” regarding the importance of blockchain education to build an actual ecosystem like Cardano.

As the CEO of EMURGO Indonesia, Shunsuke Murasaki is focused on leading the regional drive of Cardano adoption through engagement with local regulators, enterprises, and academia. Cardano - the first, third-generation blockchain to evolve out of a scientific philosophy - is uniquely designed to meet the intensive demands of scalability, sustainability, and interoperability required of a large enterprise-grade blockchain.

Indonesia, the world’s fourth-largest country by population with over 270 million people and more than 1.9 million square miles of land, is a prime market for exploring the integration of blockchain-based solutions into business verticals. It is also one of the fastest-growing emerging market economies with the median age at 28.6 years old according to an 2018 IMF Report. This means that over half of the population is under 29 years old, and coming into their early working years which therein lies the immense potential for educating blockchain developers.

Under Murasaki-san’s leadership, EMURGO Indonesia is making huge strides to set a foundation for consistent dialogue and education with relevant stakeholders to raise awareness of the utilities of Cardano to bring about real changes in the local economy to benefit society as a whole.

Earlier this year, Murasaki-san gave a detailed talk regarding the potential benefits for Cardano and blockchain to integrate with Indonesian coffee supply chain management to make the existing system more efficient, transparent, and fair for all parties in the supply chain. It holds huge potential implications for Indonesia as it is the world’s fourth largest producer of coffee beans.

To bring about these potential benefits using Cardano, EMURGO Indonesia has been partnering with local universities to expand its blockchain education program offerings to talented local students & developers. As blockchain education is the first step towards onboarding more applications, enterprises, and overall interest into the Cardano ecosystem, EMURGO Indonesia has been hard at work reaching out to the local community and public at large.

What is BlockBatam Blockchain Conference?

BlockBatam Blockchain Conference is a one-day conference organized by BlackArrow and  INDODAX to be held on August 20th, 2019 in Batam, Indonesia. It brings together experienced speakers from local government, academia, and enterprise, to discuss the latest regional blockchain-related developments and policies. BlockBatam promises to be a great event for anyone attending, and especially those wishing to learn more about EMURGO Indonesia’s campaign to provide economic empowerment for a more fair and transparent society by offering a comprehensive blockchain education program for all types.

EMURGO strongly believes in the future of the Cardano blockchain ecosystem and is dedicated to providing support for enterprises looking for tailored systems development, education, and advisory services. Should you be interested, feel free to reach out to our team at https://emurgo.io. Don’t forget to follow our social media accounts for EMURGO Global and EMURGO Indonesia and sign up to the EMURGO Newsletter to always receive the latest news from EMURGO! 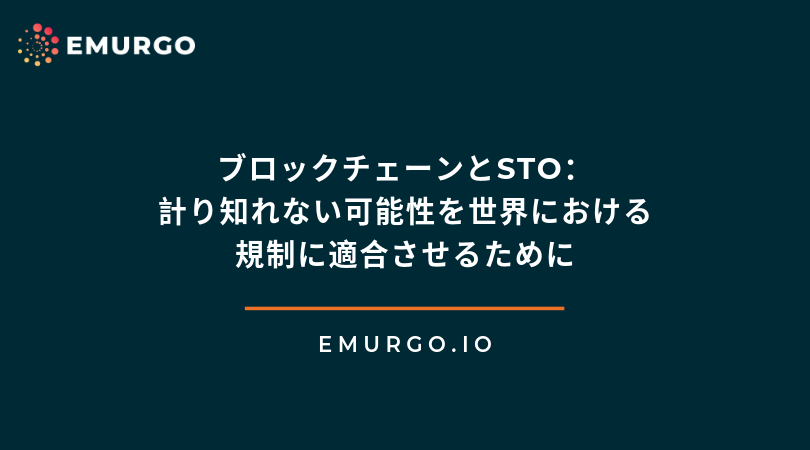 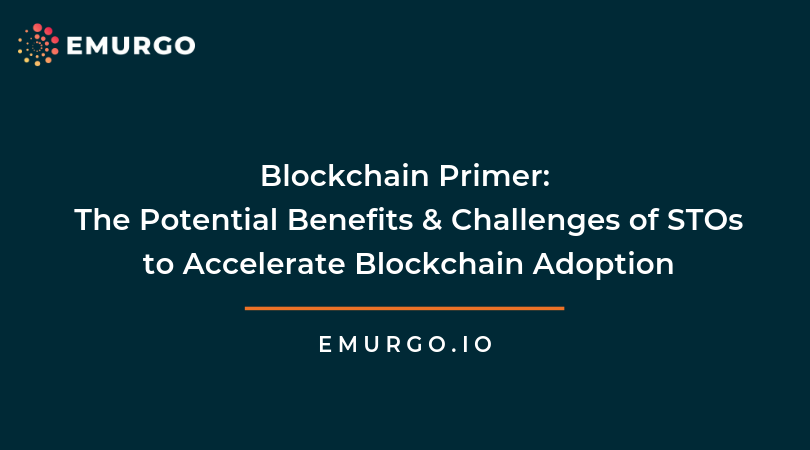 A Blockchain-Based Future Imagine waking up and checking your smartphone after a sip of your morning coffee. The equity for your promising startup has been sold to investors from all over the globe