The development of the digital asset ecosystem has been a windy road, and many questions still remain unanswered, but some general trends are coming into focus. Official Cardano commercial arm EMURGO recognizes the potential value of STOs to be the next impetus in the blockchain and financial industries. Before comparing the options, below are some basic descriptions of the offering methods in context of the financial market.

Most people familiar with crypto have heard the term ICO hundreds of times, so let’s keep this section short. Utility tokens are tokens that can be traded in return for some good or service. They do not represent financial products that would be classified as securities under securities laws, and are in most countries regulated to a lesser extent than tokens backed by securities.

The hype of the 2017 ICO market was felt around the globe, with more than $6 Billion raised in 2017 and even more in 2018. Individuals that had never invested in their lives became crypto retail investors and VCs changed their investment theses to accommodate for presale investment opportunities. With the end of 2017 came a dramatic exit from the parabolic crypto market and the rate of successful ICOs has declined ever since. More recently exchanges have begun conducting ICOs, offering primary issuance of utility tokens to the exchange users. Known as IEOs (Initial Exchange Offerings), this type of initial coin offering is an effective method to reach an audience of millions of retail investors while streamlining the traditional ICO model (previously with many more moving parts).

With the 2017 boom and 2018 bust of the ICO market, it became clear that changes were needed in order to establish a sustainable (and more stable) digital asset fundraising ecosystem. The number of low quality projects vastly outnumbered projects with sound business plans, viable or tested models, and experienced (and verified) teams. Investors began to question the value of utility tokens, backed only by the adoption and future use of each blockchain ecosystem. Though funding was infused into the markets in 2018 on a similar magnitude to 2017, investments were focused among a smaller set of projects demonstrating heightened transparency, accountability, and sound use cases.

As 2019 approached, STOs (Security Token Offerings) were hailed as the solution to the inefficiencies and high risk of the ICO market. They promised to offer transparency through comprehensive disclosure, accountability (legal liability), and perhaps most importantly were backed by tangible assets, suggesting less volatility and downside risk.

Many forecasters in late 2018 declared that 2019 would be the year of STOs, with an STO wave greater than the ICO wave of 2017. However, STOs are off to a mixed start, with a select few raising hundreds of millions while the overall number of STOs remains relatively low.

ICOs and STOs offer alternatives to the traditional IPO model. However, there is no model more proven over time than that of the IPO. With over 400 years of history, the IPO has been the dream of most startups across the globe. IPOs offer a predictable method of fundraising with a mature ecosystem and solid infrastructure. However, earlier stage companies have been excluded from the IPO model, with only profitable (or high revenue) companies able to participate in offerings to the public.

・ICO vs STO vs IPO: What’s Right for Your Company?

Though ICOs (including IEOs) and STOs are both funded by the sale of tokens, they are fundamentally different in nature. Companies that offer utility tokens through an ICO are not selling ownership or future dividends to buyers of the utility tokens, but rather commit to developing and maintaining a market or ecosystem powered by the trading of the utility token for services conducted within the ecosystem. Therefore, companies must demonstrate a powerful use case for the token when considering an ICO/IEO. As dividends for utility token holders would mean the reclassification of the token as a security under financial law, the major driver of price in utility tokens is (or will be over the long-run) adoption.

IEOs currently offer a quick path to the sale and distribution of utility tokens, while potentially raising significant funds for the project. However, projects and investors are susceptible to the allure of flashy marketing and big promises and should carefully study the viability of the token model and the plans or likeliness of the project to achieve significant adoption.

STOs are backed by assets, meaning that unlike utility tokens, they carry some intrinsic value based upon the underlying assets. This means that for a company with demonstrable value in revenue, assets, or even potential for future profits, an STO may be a viable funding model.

Security Tokens offer a flexible structure, which companies can leverage to offer unique securities that suit their specific needs. For example, companies may offer a share in future profits, but may not back the token with other rights carried by shareholders in the company. Or a company could structure a security token backed by a share in profits of a single product line within the company. Or a company may choose to back the security token with debt, such as a convertible note, but with fractional ownership, meaning that retail investors can participate in the ownership of a 100K note.

As Security Tokens must abide by more restrictive legislation than that of utility tokens, there are also differences in how the tokens can be sold, traded, or transferred. An STO must abide by local securities law in each country where it is offered, meaning that in many cases, retail investors are off-limits. Though there are equity crowdfunding rules and exemptions around the world, many of the larger STOs have raised from a majority accredited investor base. Depending on the size of the offering, it may make more sense to raise only from accredited investors around the world than from retail investors. Security tokens are also subject to transfer and trading restrictions depending on the location and type of security they represent. For example, a security token may only be allowed to be sold to verified accredited investors. If this is the case, liquidity will be higher than with equivalent paper notes, but will not benefit from the retail investor liquidity as seen with utility token trading.

In summary, security tokens offer a much broader use case than utility tokens. They can represent ownership, dividends, voting rights, and more, whereas utility tokens must demonstrate value in an ecosystem based upon adoption of the services offered, without any of the key characteristics that provide securities with their value (often an expectation of some type of payout).

The concept of security tokens represents a much broader market than the offering of equity to the public. However, for the sake of comparison, let’s take a look at equity-backed token offerings versus the traditional initial public offering model.

One of the biggest advantages of an STO is that companies that are not yet at the stage necessary to conduct an IPO, can access a worldwide investor audience. Though seed-stage companies may struggle to demonstrate the value of their assets that back the security tokens, companies with significant value such as assets, potential (through a demonstration of adoption), or significant revenue have a strong case upon which to base the sale of their security tokens.

As mentioned above, security tokens also offer additional advantages over shares issued in an IPO, such as increased liquidity, fractional ownership, and a flexible structure.

For later-stage and profitable companies, IPOs remain a safe and preferred option, and will likely remain that way until the security token infrastructure develops and market participants understand and trust the market.

So What’s Right for Your Project?

EMURGO - the official commercial arm of Cardano - can help you decide what is best for your company and users. We are looking forward to hearing what you’re working on! One of EMURGO’s main business units is general advisory services. Our expert team is ready to offer an assortment of tailored blockchain consulting services for your enterprise or project and for token economics missions.

Please reach out to us here and our consulting team will get back to you. 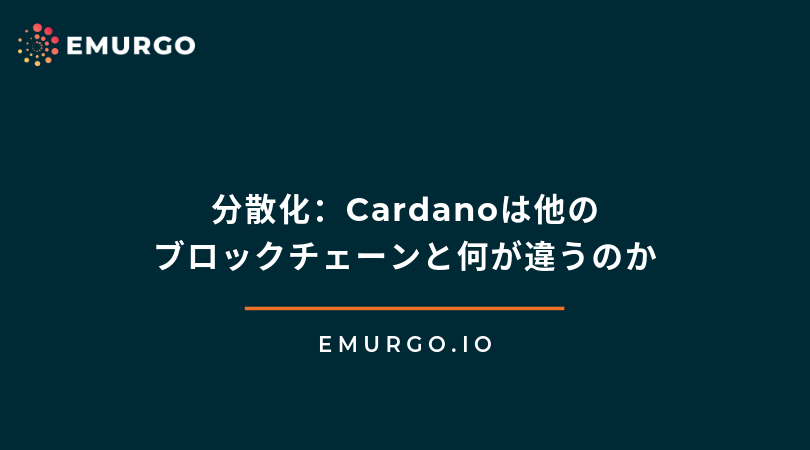 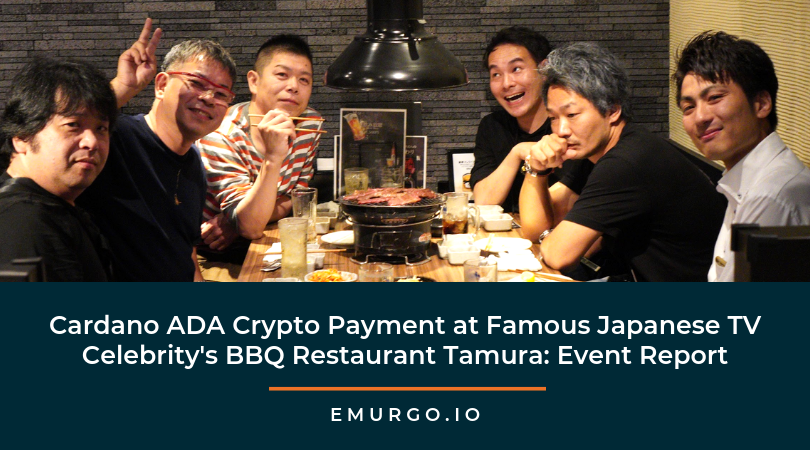