As a global blockchain solutions company & a founding entity of Cardano blockchain, EMURGO has a presence in several international markets including its headquarters in Singapore and a local unit in Indonesia. Earlier this year, EMURGO launched EMURGO Traceability Solution - a blockchain-based supply chain solution - by partnering with a local Indonesian coffee brand Blue Korintji Coffee to trace their coffee beans from farm to cup.

With a solid understanding of the local regulatory and business environment of the Southeast Asian region when it comes to blockchain technology, this blog will take a deeper look at the past, present, and future prospects on blockchain technology in the SE Asian countries of Malaysia and Singapore.

A Brief History of Blockchain & Cryptocurrency in Malaysia

In January 2014, Bank Negara Malaysia (The Central Bank of Malaysia), announced that “Bitcoin is not recognized as legal tender in Malaysia.” Despite this announcement at the time, the local blockchain industry has continued to make gradual progress ever since. In 2018, Malaysian authorities required Malaysian virtual currency exchanges to mandate KYC (Know-Your-Customer) adherence, including the collection of ID documentation, aimed at increasing transparency. According to the documentation, this regulation came into effect, “due to rapid development in the field of digital currencies, increasing functionality of its use, growing adoption and its global nature.”

“The Ministry of Finance views digital assets, as well as its underlying blockchain technologies, as having the potential to bring about innovation in both old and new industries. In particular, we believe digital assets have a role to play as an alternative fundraising avenue for entrepreneurs and new businesses, and an alternate asset class for investors.”  - Lim Guan Eng

After the new rules came into effect in January 2019, Malaysia began approving exchanges in June 2019. At that time, the Securities Commission Malaysia (SC) announced that it had registered three Recognized Market Operators (RMOs) to establish and operate digital asset exchanges (DAX) in the country. These exchanges were the first to comply with the new regulations. Within the space of five years, Malaysia took steps towards properly regulating the sale and purchase of cryptocurrencies.

What’s the Current State of Blockchain & Cryptocurrency in Malaysia?

The regulations Malaysia have put in place in recent years have laid the groundwork for the future of cryptocurrencies in Malaysia. Today, the Malaysian cryptocurrency market has been extremely resilient in the face of COVID-19. Despite a total lockdown during the height of the pandemic, new cryptocurrency exchanges have continually been approved to operate. Kelvyn Chuah, a former Wall Street trader, estimates that only 1% of Malaysians currently have any portfolio exposure to digital assets and that in a few years time Malaysia “will have a robust digital assets market comprising institutional and retail investors.”

What are the Short-term and Long-term Outlooks on Blockchain & Cryptocurrency in Malaysia?

The future is bright for blockchain and cryptocurrency in Malaysia. In January 2020, the Securities Commission announced upcoming Initial Exchange Offering (IEO) regulations. The new guidelines allow digital token offerings to be carried out by a recognized platform operator. This would give enterprises a new method of fundraising and investors a new asset class to consider.

The long run will encourage more broad user adoption of cryptocurrencies and blockchain in Malaysia. The COVID-19 pandemic has created a wave of new demand for cryptocurrencies in Malaysia, as consumers see it as “a good store of value in difficult economic times.” This trading is facilitated through the government approved exchanges mentioned previously. In April 2020, one Malaysian exchange mentioned that their trading volumes had been up 33% in the past 4 weeks, with active users reaching a record high during this period. This recent surge of interest is likely to increase in the months and years ahead, as awareness of blockchain and cryptocurrency becomes more mainstream in Malaysia. It is also reported Malaysia’s national stock exchange will explore the digitization of the country’s bond market through a proof-of-concept blockchain project.

A Brief History of Blockchain & Cryptocurrency in Singapore

Singapore has positioned itself as a business-friendly, pro-blockchain country. According to the IMDA’s Future Of Services report, the Singaporean blockchain market has the potential to achieve a range of market spending between $201 million USD to $272 million USD market in 2022 and $1.9 billion USD to $2.6 billion USD market by 2030 with a CAGR of 32.5%. This rapid growth is underpinned by strong government support to build Singapore’s reputation as a blockchain-friendly economy. Ravi Menon, Managing Director of the Monetary Authority of Singapore has said,

“as one of the leading blockchain centres in the world, Singapore is a great place where you can collaborate, experiment, and scale.”

What’s the Current State of Blockchain & Cryptocurrency in Singapore?

Blockchain technology has been nurtured in recent years by a number of pro-active government initiatives. Some of these initiatives are now bearing fruit. Project Ubin is one of these initiatives, developed by the Monetary Authority of Singapore (MAS) and state investment firm Temasek. This project, launched in 2016, is building a blockchain-based multi-currency payments network prototype, and it was recently revealed in July 2020 that the prototype testing had been successful. Working with commercial partners, the prototype successfully settled payments in different currencies on the same network. An international settlement network, modelled after this payments network prototype, could enable faster and cheaper transactions than conventional cross-border payments channels.

What are the Short-term and Long-term Outlooks on Blockchain & Cryptocurrency in Singapore?

Blockchain has an extremely positive future in Singapore, due to an established technology infrastructure, the presence of global, tech-native multinational companies, and a blockchain-friendly government agenda. Singapore proudly hosts many blue chip technology companies such as IBM, Google, Accenture, SAP and Facebook, and has a strong market of qualified tech workers. There has also been commitment from academia to offer blockchain and cryptocurrency education programs.

Associations also play a vital role in developing ecosystems, and Singapore is home to many.

Overall there is a very strong ecosystem of talent and opportunity being supported in Singapore. This means that the future looks really bright for blockchain and cryptocurrency in Singapore.

The information in this blog is up to date as of August 2020. For more information, please continue to follow EMURGO on Twitter at @emurgo_io for the latest developments and feel free to contact us at info@emurgo.io with any questions or ideas. 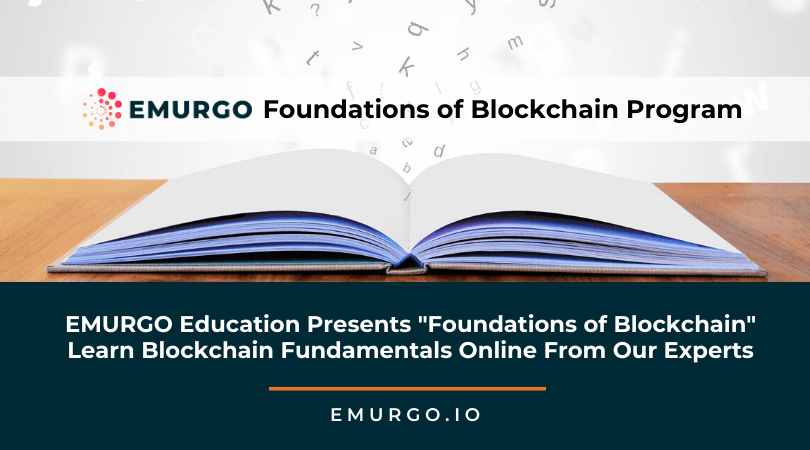 Utilize Your Time at Home to Upskill Your Career & Become Blockchain-Proficient With many using this time at home to develop and learn new skills, online courses are rising in popularity. Consistently upskilling 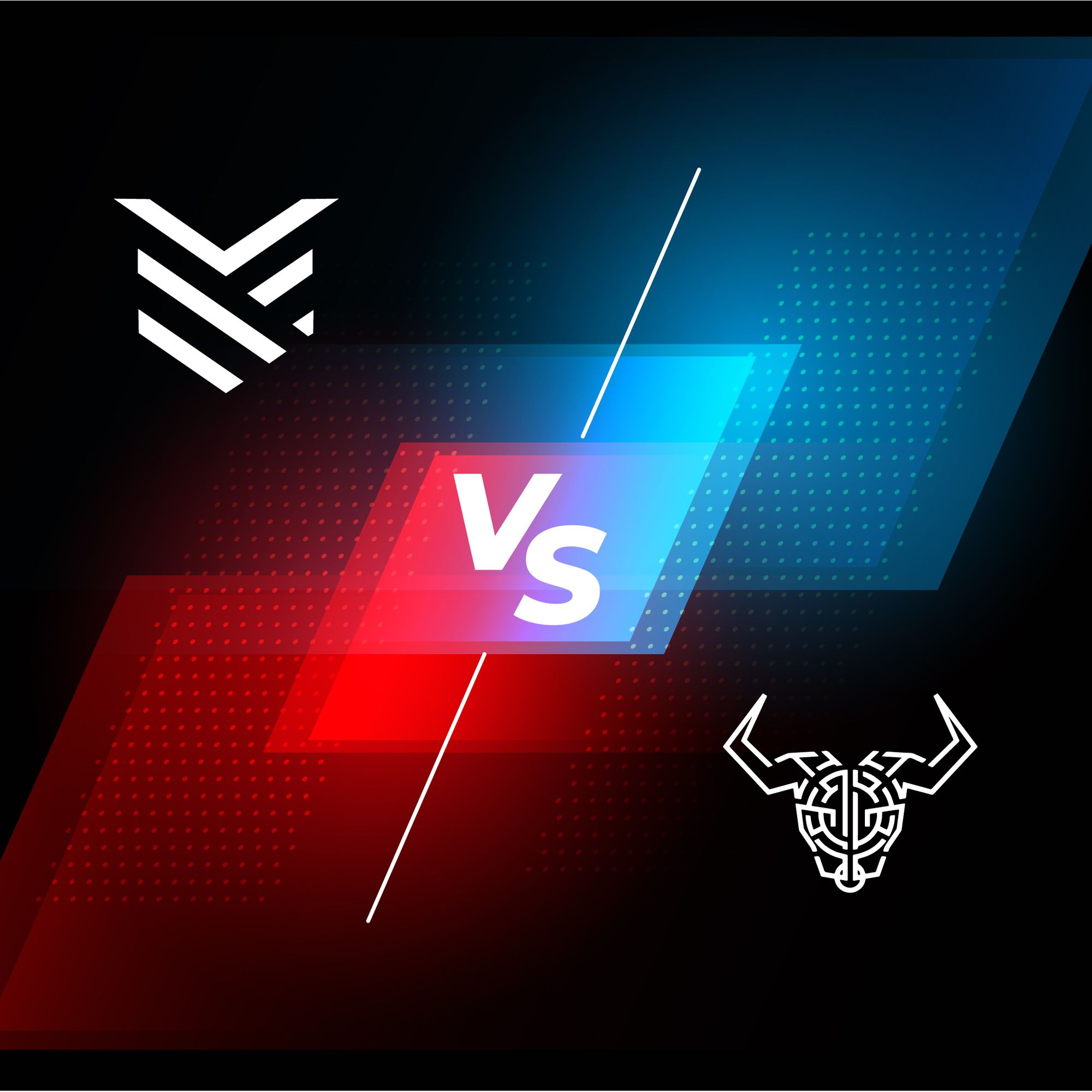